The TNA issuing an official letter requested the new president to be genuinely committed to the below points;

1) Democracy as opposed to Totalitarianism and Authoritarianism, that could lead to dictatorial tendencies.

4) Justice and equality, and committed to enabling all citizens irrespective of ethnicity or religion, to genuinely partake in governance, both nationally and regionally leading to the creation of a united undivided indivisible country in which all citizens, while preserving and protecting their specific identity, feel they are equals and that they belong to one country, just as much the country belongs to all of them.

TNA’s letter is reproduced below; 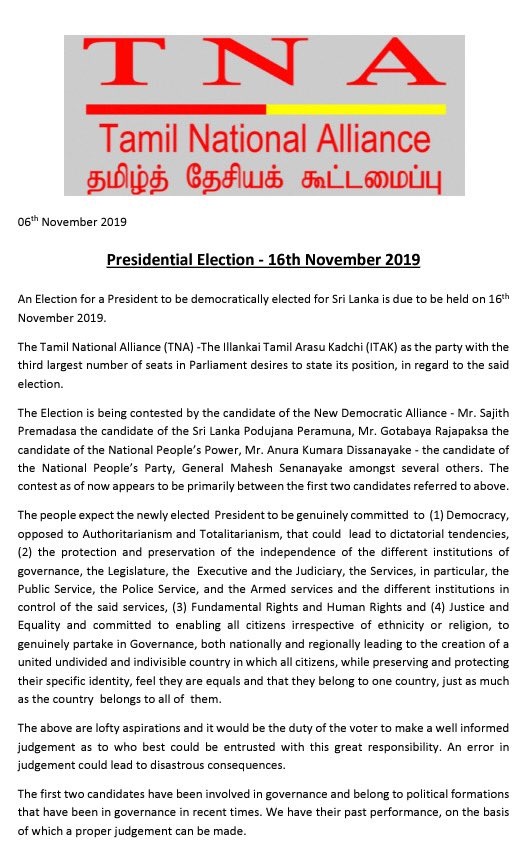 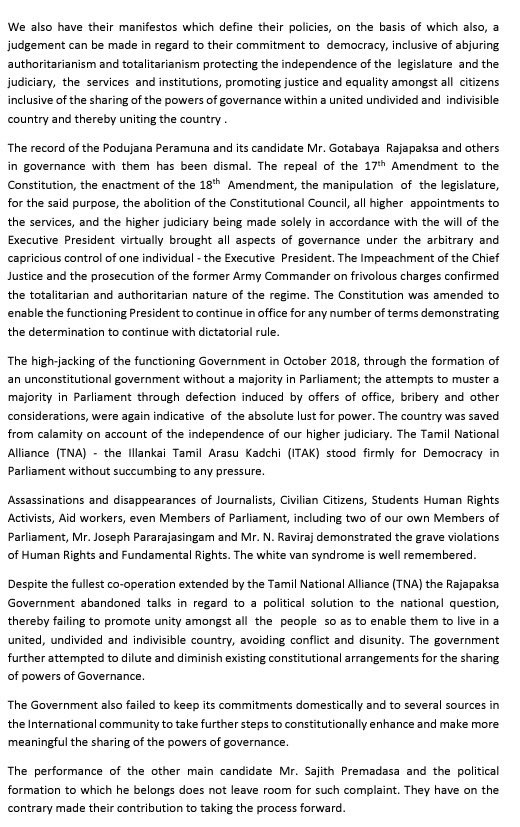 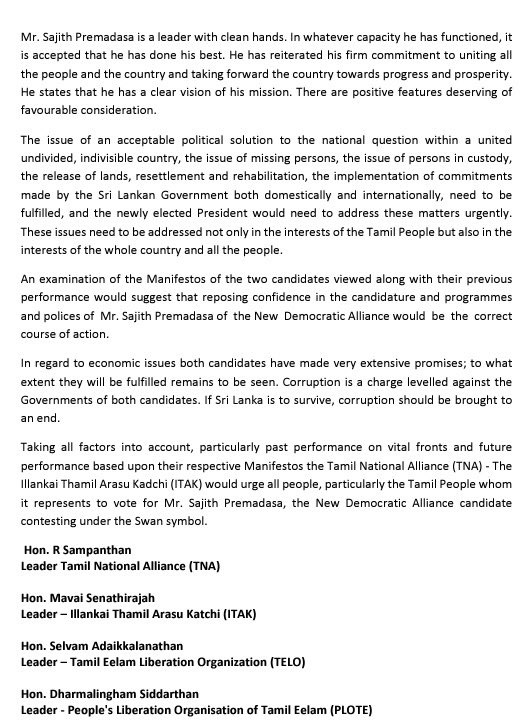