External Affairs Minister S Jaishankar’s recent visit to Sri Lanka has only underscored the continuing differences between New Delhi and Colombo on key issues. The only issue on which the two sides seemed to agree was on continued cooperation in fighting Covid-19. Colombo has requested India for vaccines and India will supply this to Sri Lanka on priority. The main objective of Jaishankar’s mission to Colombo was to get the Sri Lankan government to revive an agreement on the development of the East Container Terminal (ECT) at Colombo port. But no headway seems to have been made on this issue. India, Japan and Sri Lanka had agreed in 2019 to jointly develop the ECT. In July last year, President Gotabhaya Rajapaksa said the agreement was “not final.” It raised apprehensions in New Delhi that Chinese pressure had prompted the President’s announcement. However, Sri Lankan officials maintained that it was the strike by Colombo port workers opposed to foreign development of the container terminal project that had prompted Gotabhaya’s decision and that once parliamentary elections were over, the ECT project would be back on track. However, although elections are done and Sri Lanka has a strong government in place, the ECT deal remains suspended. It was to nudge Colombo to revive the agreement that Jaishankar visited the island last week. However, Jaishankar failed to get Colombo to change its mind. It perhaps indicates China’s continuing grip over Sri Lanka.

During his visit, Jaishankar stressed the need for Sri Lanka to implement the 13th Amendment to the Sri Lankan Constitution, which provides for devolution of powers to the provinces. This was necessary, Jaishankar said, for ethnic reconciliation in the island. However, since the Rajapaksas are strong proponents of centralisation of power and are considering scrapping the 13th Amendment, Jaishankar’s nudge is unlikely to have gone down well with his Sri Lankan hosts.

Still, India will continue to call on Colombo to implement the 13th Amendment. Tamil Nadu is set for Assembly elections soon and the BJP, which is seeking to make a major foray into the state, will be careful to avoid riling Tamil voters on a matter as sensitive as that of Sri Lankan Tamils. New Delhi will therefore raise the issue of implementation of the 13th Amendment to stress its support for Sri Lankan Tamil aspirations. Additionally, with the Rajapaksas unwilling to heed New Delhi’s security concerns over China’s presence on the island, New Delhi will draw on the devolution issue to gain leverage over Colombo. India-Sri Lanka relations may well be re-entering choppy waters. 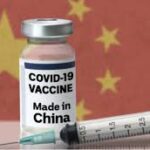 Next article - Will decide soon on the distribution of COVID vaccine: China tells Sri Lanka »