Hot News
Home » News » The continuance of the stalemate with the Government, TNA is unhappy

The continuance of the stalemate with the Government, TNA is unhappy

The continuance of the stalemate with the Government, may be the liking of the Government and the Government is not unhappy about it, but the TNA is certainly very unhappy about it, “because the position of our people is getting only worse,” said the Tamil National Alliance leader Mr. R. Sampanthan.Mr. Sampanthan said that since of late, Sri Lanka Government has not taken up any new position and the stalemate continues, which we are not happy about.“While the stalemate is continuing on the ground, various things are being done,” Mr. Sampanthan said.When Asian Tribune asked about his recent talks with the Leader of the Opposition Ranil Wickremasinghe, he said it was only a follow up of what happened earlier. “I was out of the country for a while and I have not met Mr. Ranil Wickremasinghe, who was also out of the country. Nothing particular happened. We just reviewed what happened earlier. That was it and there is nothing more to it.”Also Asian Tribune asked whether anything transpired, when recently, the Indian National Security Advisor Sivashanker Menon met him in Colombo? He said that, “not as far as I can see and there was no new development or any new position that the Government has taken up.”When asked whether Tamil National Alliance has taken any initiative to break this stalemate, Mr. Sampanthan said, “Let us see. We are giving it a little thought, but I don’t know what we can do unless the Government after all, what we are merely saying, please comply with your commitments and we have never said that we will not come to the Parliamentary Select Committee. We only ask , please comply with the commitments you have made to us.”“By complying, means what are the important things you expect from the Government, asked Asian Tribune.Mr. Sampanthan said, “Well the agreement is that at the bilateral talks the consensus arrived at , this was on some of the most fundamental issues. And those consensus be taken before the Parliamentary Select Committee. “When asked to tell the issues on which consensus has been arrived at the bilateral talks with the Government, Mr. Sampanthan said that “I don’t want to identify those issues that might create controversies, but we have agreed at least on some of the social issues.”Also when asked how many rounds of talks TNA had with the Government, TNA leader said about seventeen to eighteen rounds of talks.Were you all talking with the ruling SLFP or with the Government – Asian Tribune asked?Mr. Sampanthan said it was the Government delegation. The letter we received from the Government says that they are the Government delegation.In the delegation there were Nirmal Sripala De Silva , Sajin Vas Gunawardene and .. Prof. G.Peiris and later on Rajiva Wijesinghe also was in the delegation. “Though we had 18 rounds of talks, so far nothing happened,” said Mr. Sampanthan.When asked whether you were in a position to take up these matters with any international community, he said, “We have taken it up and they are aware of the position. We kept them informed of the position. When asked “Like?”, he sad, “We told everybody concerned.”When asked whether he knows that the Universal Periodic Review by the UN Human Rights Commission is coming up in November and one of the thing the Government came up voluntarily was the “Full Implementation of the 13 amenment?” He said, “Yes I am aware of that. Well they haven’t done it so far. Already 4 years have gone and they haven’t done it so far. “He said that ‘accountability’ is one of the issues and it is to do with the UN Human Rights Resolution and the Government has got to act.Asian Tribune pointed out, recently one of the popular Tamil weekly magazine “Ananda Vikatan,” from Chennai, Tamil Nadu, interviewed the former Army Commander Sarath Fonseka. He said that the LTTE Leader V. Prabhakaran was killed in the fight. He also said that he was aware that his eldest son Charles Antony was also killed in the fight. But he said that he doesn’t know anything about the fate of Prabhakaran’s wife and the daughter.When Asian Tribune asked for Mr. Sampanthan’s comment, he said, “I don’t know”.When told that there is a general talk that Prabhakaran’s wife and daughter is alive, Mr. Sampanthan again said, “I don’t know”.He said “I know nothing about it.” 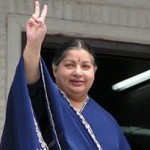 Next article - Sri Lankan airmen should not be trained anywhere in India: – Jayalalithaa »