Sri Lanka is no longer among the countries that make the rank in the Global Impunity Index compiled by the New York-based international press freedom organization, Committee to Protect Journalists (CPJ).

Sri Lanka, where violence against journalists has receded since the end of a decades-long civil war, dropped off the list for the first time since CPJ began calculating the index, which spotlights countries where journalists are slain and the killers go free, in 2008,

The Impunity Index, published annually to mark the International Day to End Impunity for Crimes against Journalists on November 2, calculates the number of unsolved murders over a 10-year period as a percentage of each country’s population.

CPJ recorded only four unsolved murders in Sri Lanka for the latest 10-year period, leading to its elimination from the index. There are 13 countries in the index this year.

Amid the country’s becalmed political climate, no journalist there has been murdered in direct connection to journalism since editor Lasantha Wickremetunga was killed in 2009. Justice has not been achieved in any murder-despite a pledge from President Maithripala Sirisena to re-investigate old killings-but Wickrematunge’s case inched forward this year with one arrest and the exhumation of the editor’s body for a new post-mortem examination.

In this year’s Global Impunity Index, Somalia is the worst country for journalists with the highest rate of impunity for a second year in a row. Iraq, Syria, The Philippines, South Sudan, Mexico, Pakistan, Brazil, Russia, Bangladesh and  Nigeria . 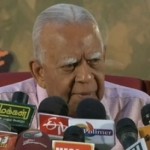 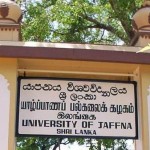