Prime Minister Ranil Wickremesinghe, in a message to President Xi Jinping, congratulated him on his re-election for a second term as the General-Secretary of the Communist Party of China and Chairman of the Military Commission at the recently held 19th National Congress.

“The longstanding friendship between Sri Lanka and China built upon mutual respect, solidarity trust and understanding has led, over the decades, to both countries reaching new and historic milestones in our time tested bilateral partnership,” he said.

Wickremesinghe said that it is his fervent belief that the close affinity and collaboration will continue to further flourish and expand for the benefit of the peoples of the two countries during President Xi’s second term of office.

“Please accept, Excellency, my best wishes for your health, happiness and personal well-being and for the continued progress and prosperity of the friendly people of the People’s Republic of China,” Wickremesinghe said in the message to the Chinese President. 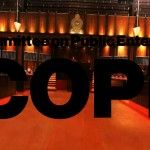 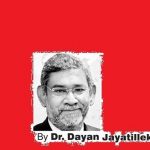 Next article - What political contract and which political order for Sri Lanka? »