OMP to become fully operational during first quarter of 2018

The Office of Missing Persons (OMP), will become fully operational during the first quarter of 2018, Mano Tittawella, Secretary-General of the Secretariat for Coordinating Reconciliation Mechanisms (SCRM) said.

“A budget and organizational framework are already in place and we are working with the International Committee of the Red Cross (ICRC), among other international entities to provide training and expertise to the OMP to help it become operational to the highest professional standards,” he said.

Tittawella made these remarks at the United Nations Peacebuilding Commission in New York. Foreign Secretary Prasad Kariyawasam, joined by the Governor of the Central Bank of Sri Lanka Indrajit Coomaraswamy also spoke.

“The co-sponsorship of UNHRC resolutions 30/1 of 2015, extended by UNHRC 34/1 earlier this year, set an extremely ambitious reform agenda including the establishment of four transitional justice mechanisms. These mechanisms are in the process of being established with Sri Lankan leadership and participation. The process was enriched by the work of the Consultative Task Force, which in turn drew from broad civil society-led national consultations that were held in our country for the very first time. It also benefitted from shared international expertise and assistance,” Tittawella said.

He said that a draft law on reparations has been prepared and is presently being discussed with experts, but ongoing reparations work by the Government is continuing under the Rehabilitation of Persons, Properties and Industries Authority (REPPIA), and the International Organization for Migration (IOM) is helping the Government to lay the groundwork for an enhanced reparations process that draws upon international best practice.

He also said that draft legislation for a Truth Seeking Commission (TSC) is also complete and similarly under further discussion and consultation with experts before being presented to the Cabinet of Ministers. The civil society led drafting committee drew upon international best practices, while ensuring that the TSC model tailored to the unique Sri Lankan context while also drawing from recommendations made by the Consultation Task Force.

“Our Government has benefited from insights shared by international experts on both Truth Commissions and Accountability mechanisms, most recently from Colombia, who were able to undertake a mission to Sri Lanka thanks to PBF support. We are also making headway on the design of an Accountability mechanism, while trying to focus as a priority, at the earliest possible, on consultations and capacity building initiatives in forensics, investigations, and prosecutorial strategies, while also carrying out awareness raising programmes that the transitional justice processes, especially the judicial mechanism, will not unfairly target any community or the security forces but benefit all, equally. We are especially thankful in this context to the Government of Japan and to Judge Motoo Noguchi for sharing his experience and ideas on Accountability mechanisms, during his mission to Sri Lanka last month and look forward to remaining engaged,” he said.

Tittawella said that while in 2017, Sri Lanka has made slow, steady progress, much of that progress is not yet visible. He noted that Sri Lanka had benefited from the support of many bilateral partners, the UN family, and the PBF in particular. 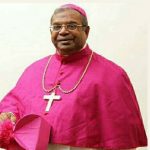 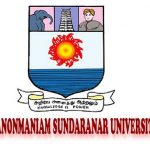