09 June, 2015
BlogFeatured HeadlinesNews
1337
Police said the organisation’s cadre headed by its district secretary Periyar Selvam assembled at the old bus stand in Sirkazhi to resort to the stir and protest the removal of the statue when they were arrested and taken away.The Sirkazhi police have registered a case in this connection, The Hindu reported.

Meanwhile, a group of villagers of South Poiganaillur have sought the withdrawal of the case registered in connection with installation of the statue in the village.

The villagers assembled in front of the village administrative office and wanted to know why a case had been registered even after the removal of the statue, Tamil Nadu police sources told The Hindu.

The Velankanni police had booked a case in connection with installation of the statue within the Periyanayagiamman temple premises recently.

Police personnel pacified the villagers saying that a decision in this regard would be taken after inquiry. 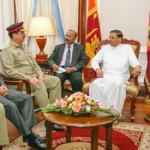 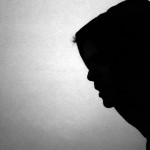