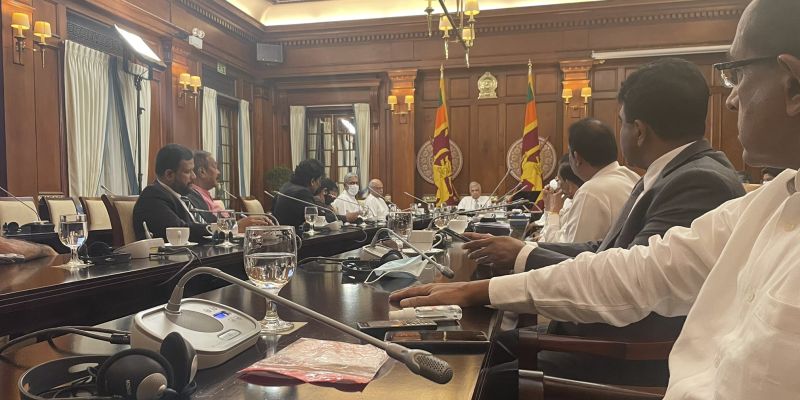 The Samagi Jana Balawegaya today engaged in discussions with President Ranil Wickremesinghe pertaining to a way forward for an all-party government programme.

MP Premadasa said he attended the meeting with a positive mind set and wished to see how best they could all work together through Parliament.

The Opposition Leader also requested that the state of emergency be lifted and for protesters who have been part of the people’s struggle, who are currently arrested or remanded to be released and for an end to intimidation.