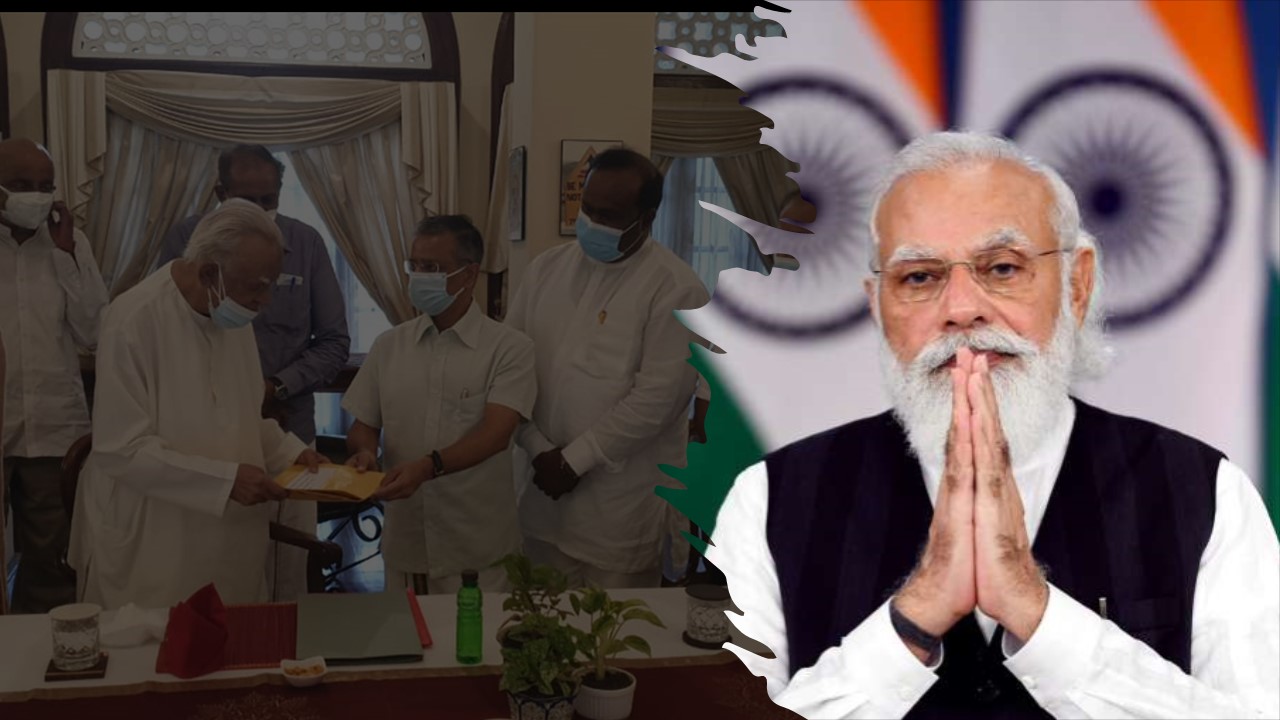 A delegation of MPs, led by senior Tamil politician and Tamil National Alliance (TNA) leader R. Sampanthan, met the Indian High Commissioner in Colombo on Tuesday, and handed over the letter.

The seven-page letter foregrounds the many unkept promises, made by different governments in Colombo, to implement the 13th Amendment and go beyond it to ensure meaningful power devolution. Signed by TNA’s constituent party leaders — Mavai Senathiraja (ITAK), Dharmalingam Sithadthan (PLOTE), Selvam Adaikalanathan (TELO) — with others including former Northern Province Chief Minister C.V. Wigneswaran and former MP Suresh Premachandran (EPRLF), the letter traces past attempts, from the time of the Indo-Lanka Accord of 1987, to bring about a constitutional settlement, based on proposals developed by various expert committees.

It also mentions the interventions made by the Indian political leadership at different points, including PM Modi’s address to the Sri Lankan Parliament in 2015, when he spoke of his firm belief in “cooperative federalism”.

“We remain committed to a political solution based on a federal structure that recognises our right to self-determination in the areas of our historic habitation for which we repeatedly obtained a mandate from the Tamil People in the north and east where they have always been the majority. We have consistently placed this as our proposal for constitutional reform,” the signatories have said.

Flagging heightening attacks and threats to land owned by Tamils in the north and east, and language rights of Tamil-speaking people, including Malaiyaha Tamils living in the hill country, the parliamentarians have appealed to PM Modi “to urge the government of Sri Lanka to keep its promises to fully implement the provisions of the 13th Amendment to the Constitution, which ensures a measure of power devolution”.

They have also sought Indian pressure to ensure implementation of “the clear commitments made by all sections of government from 1987 onwards and enable the Tamil speaking peoples to live with dignity, self-respect, peace and security in the areas of their historic habitation, exercising their right to self-determination within the framework of a united, undivided country.”

The letter is the outcome of deliberations among Tamil MPs. Prominent Malaiyaha Tamil and Muslim leaders, who were part of the exercise earlier, exited it following differences over the emphasis of the letter. They wished to peg the letter to the 13th Amendment, which followed the 1987 Accord, and is frequently dismissed by key members of the ruling Rajapaksa administration.

However, the letter addressed to PM Modi and submitted to High Commissioner Gopal Baglay on Tuesday, also highlights what some in the Tamil polity deem limits of the 13th Amendment that established a provincial council system, envisaging devolution of powers to the provinces. The Amendment was “introduced into a Unitary Constitution making the exercise one of decentralisation instead of devolution,” the letter noted. “It is against this background that every effort made thereafter moved in the direction of surpassing the 13th Amendment towards a federal structure,” it said.

President Gotabaya Rajapaksa, in a policy statement in the first session of Parliament this year on Tuesday, referred to the experts’ committee appointed by him to draft a new constitution. “I hope to submit the recommendations of this Committee to the Cabinet and the Parliament for broad discussion,” he said, making no reference to the Tamil political leadership’s continuing calls for a political solution in the new Constitution.

On the other hand, he appeared to equate ethnic reconciliation to development. “We regard government’s prime responsibility towards reconciliation as providing such facilities to these [war-affected] people without discrimination,” he said, urging parliamentarians representing the people of the north and east to “set aside various political ideologies, at least temporarily”, and support the government’s efforts to “improve the living conditions of the people in your areas”.

President Rajapaksa is yet to hold talks with the Tamil leadership or elected MPs since his election to office in November 2019. In June 2021, a meeting between the President and a TNA delegation was scheduled. However, Mr. Rajapaksa’s office cancelled the meeting and said a new date would be announced.