The United States Embassy has issued a travel advisory to US citizens living or traveling to Sri Lanka, in light of the upcoming general elections that are to be held on August 17.

The message published by the US Embassy in Colombo advises US citizens “to monitor local media and avoid political rallies and demonstrations.”

The warning elaborates on the fact that “Even peaceful rallies and demonstrations may turn violent.”

Meanwhile, the Australian government had also issued a warning of a similar nature.

The message published by the Australian Government on July 24 urges Australian citizens travelling or living in Sri Lanka to “exercise a high degree of caution at this time due to the potential for demonstrations and civil unrest in the period surrounding the elections.” 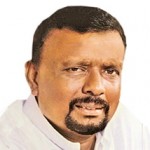 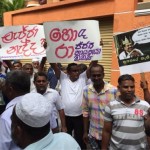 Next article - Protest held near burial ground : During digging up of Thajudeen’s body »