Hot News
Home » Articles » A look at Venezuela: Lessons to be learnt

A look at Venezuela: Lessons to be learnt

Venezuela, the country with the largest oil reserves in the world. Once a country looked up to by South Americans, Venezuela now stands a country devastated. It is not guns and missiles that has destroyed Venezuela but debt.

Over 600,000 Venezuelans have fled to Colombia as refugees due to food shortages in the same country where Hugo Chavez’s government is estimated to have built over one million homes for the poor. With debt levels soaring to unpayable levels accompanied with a dip in crude oil prices and failing oil production, Venezuela has become a nightmare country to live in with GDP contracting by double digits for three consecutive years and many people simply living life dependent on government provided food supplies.

Oil accounts for 95% of export revenue earnings and with high oil prices, the former popular leader of Venezuela, Hugo Chavez was able to give generous welfare programmes to the poor, which made him very popular and the country to be seen as an example to follow.

The drop in oil prices over the last few years led to a cut down on these programmes by Chavez’s successor, Nicolas Maduro, causing a drop in support for the PSUV (the United Socialist Party of Venezuela). Maduro does not have the charisma of Chavez adding to the problem of declining popularity for the PSUV.

Venezuela has been having hyperinflation since 2014. Inflation was at 50% in 2014 and reached 536% in 2017. The International Monetary Fund estimates inflation to go above 2000% in 2018 causing the Venezuelan currency to be worthless. Recently shopkeepers in Venezuela have started weighing money instead of counting currency notes. That is how worthless money has become. This has wiped out savings of people who saved money in the local currency.

Maduro has introduced a new digital currency which he claims is backed by oil, gas, gold and diamonds to overcome US sanctions but Donald Trump has signed an executive order preventing US financial institutions from using the new currency calling it a scam, thus further complicating Venezuela’s currency problem.

Maduro is also accused of hoarding money and diverting it to his supporters who have access to foreign currency at better rates which they use to buy and sell for much higher making a huge profit. Maduro’s government has allowed corruption among the leading government officials and military to keep them happy. Venezuela ranks 11th in the world for corruption.

Even though the government controls the prices of food, the black market has a massive influence on the prices and prices can change within a day. Maduro has accused anti-government businessmen of speculation which has reduced the value of the currency in the black market. The health sector has been hit hard with essential medicines in short supply and out of reach from the ordinary citizens.

Crime is at an all-time high. Even MNCs like Pepsi are having problems in their factories in Venezuela. The problem is so bad that neighbouring country, Brazil had to declare a state of emergency after a flood of desperate refugees from Venezuela.

Venezuela is divided into Chavistas (followers of Hugo Chavez’s socialist party, PSUV) and the opposition which is pro business and supported by Washington. Chavistas backing President Maduro say the PSUV has reduced inequality and lifted many Venezuelans out of poverty and accuses the opposition of being elitist. The opposition meanwhile accuses the PSUV of mismanagement of the economy since the PSUV took power in 1999 while the Chavistas accuse the elitist opposition of trying to get back into power to exploit the poor.

Maduro has tight control of Venezuela with a very powerful intelligence service which monitors people carefully and which is overseen and guided by the Cuban intelligence service. With no media freedom, the state media has a free run in shaping opinion in the country. Maduro knows that he will be arrested if he loses power so this has led him to dig his heels and stay in for the long run.

As the refugees fleeing Venezuela are mostly anti-Maduro supporters, this has further weakened the opposition which has called for a boycott of the just concluded elections in Venezuela which Maduro has won. An election which Venezuelans have called so rigged that even Jesus would have lost to Maduro.

How did the tide turn in Venezuela?

What happened to Venezuela is what is happening to many third world countries. Regimes lose sight of the long term in return for the short term gains of reinforcing their power base. An example is Zimbabwe where large successful farms were run by white farmers.

Former President Mugabe forcefully took farms from white farmers and gave it to inexperienced people who were mostly cronies of the regime. These people had little knowledge on how to run a farm resulting in a collapse of the Zimbabwean farm output which led to the Zimbabwean currency crashing. Very similar to Venezuela.

About 18,000 workers, which is about 40% of the workers in the oil sector in Venezuela were removed by Hugo Chavez in 2003 after they held a strike against the government. These 18,000 experienced workers were replaced by supporters of Chavez. These supporters had little experience in the oil sector, therefore naturally the oil output of Venezuela fell.

Venezuela was fully dependent on oil and so was Chavez to fund his social programmes. Chavez was cutting the branch on which he was sitting. When production fell, it was not enough to sustain Venezuela’s needs, even when oil prices were high. So the government started to print money. But after 2015 when oil prices went down drastically, the Venezuelan government printed more and more resulting in hyperinflation and devastation.

China may have good intentions to trade well with other countries but its rapidly expanding middle class is pushing China into a position where it has prioritised trade with commodity rich countries. Half of China’s population is middle class and is set to increase even more in the coming years meaning a higher demand for consumption. Therefore, China has a thirst for commodities.

China trades value added manufactured goods in return for commodities such as oil. China’s thirst for oil has led it to lend heavily to Venezuela and to prop up a dictator who is taking his country to destruction.

Over the past decade, China has lent Venezuela around $62 billion. Venezuela has paid it back in oil which in 2017 was 330,000 barrels of oil a day. 330,000 barrels of oil a day were being shipped to China for almost no revenue, just to pay for the loans. China directly owns $23 billion of Venezuelan debt. $55 billion of Chinese money has gone into the oil sector, giving China total control over the only product on which Venezuela depends.

Venezuela has been defaulting on its debt payments since last September but a bond payment of $9 billion is due this year making the crisis worse. A default on the payment can be a disaster as the debt holders can target oil shipments. The situation is worse as Venezuela is under American sanctions making it harder for them to borrow money elsewhere. This makes Maduro even more reliant on Russia and China.

The United States and the European Union have put sanctions and tried to get Maduro to leave power but the financial pressure has been made ineffective without the support of China. Canada and other South American countries have formed a group called the Lima Group to pressurize the Maduro regime, but their efforts need China’s support.

With Venezuela heavily dependent on China due to Western sanctions, China is accused of signing one sided agreements with Venezuela capitalising on the desperate situation of the Venezuelan government. China has agreed to be lenient on its loans but has refused to lend any more money. This puts Venezuela desperate for money. With $55 billion of Chinese money in Venezuela’s oil sector, China could take over the Venezuelan oil sector as payments.

The result of the mismanagement and short-sighted governance of both Hugo Chavez and Nicolas Maduro has brought economic disaster. Today, Venezuela has a worthless currency. Shortage of food and medical supplies with many getting meals through government handouts. Hundreds of thousands of Venezuelans fleeing the country as economic refugees. A huge national debt which has to be repaid to China and their only revenue earning sector, the oil industry, possibly being taken over by a foreign country.

Venezuela put all its eggs in one basket. They depended heavily on oil which brought them 95% of export revenues. This made them rich when oil prices were good and they never thought of diversifying as life was good just like Saudi Arabia, although the Saudis have started to plan diversification. Also when a country is fully dependent on a commodity for its national survival, they tend to become totally dependent on their buyer. China, being a heavy buyer of Venezuelan oil, became the dominant partner.

The scale of submission to foreign creditors and the military is shown in the fact that even when millions are going through food and medical shortages, Venezuela is still the largest military spender in South America and the 21st largest spender in the world.

Venezuela has the largest oil reserves in the world. A country that should be very wealthy but due to short sighted policies and excessive borrowing using the only industry on which it depended, has brought it economic collapse.

A lot of lessons can be learnt from Venezuela by many third world countries including Sri Lanka. If short-term interests are given importance at the expense of long-term benefits, this is the result. If the country with the largest oil reserves can be brought to this state, what about us? 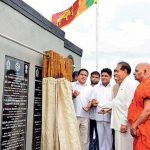 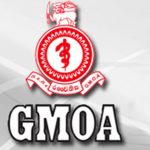