Hot News
Home » Articles » Appeal from the Tamil People to Refer Sri Lanka to the ICC was handed over to the UNHRC Commissioner by TELO Chairman MK.Shivajilingam

Appeal from the Tamil People to Refer Sri Lanka to the ICC was handed over to the UNHRC Commissioner by TELO Chairman MK.Shivajilingam

Appeal from the Tamil People to Refer Sri Lanka to the ICC that was handed over to the UNHRC Commissioner by TELO Chairman  MK.Shivajilingam.

Her Excellency Michelle Bachelet, The High Commissioner for Human Rights, and
The Representatives of the Member Countries of the UNHRC
Palais des Nations
CH-1211 Geneva 10, Switzerland

Dear High Commissioner Bachelet, and the Representatives of the Member Countries of the UNHRC

We respectfully note that the March 2011 Report of the UN Secretary General’s Panel of Experts on Accountability in Sri Lanka stated that there were credible allegations that war crimes and crimes against humanity were committed during the final stages of the armed conflict between the Government of Sri Lanka and the Liberation Tigers of Tamil Eelam, and there could have been as many as 40,000 Tamil civilian deaths. According to the November 2012 Report of the UN Secretary-General’s Internal Review Panel on UN Action in Sri Lanka, over 70,000 people were unaccounted for during the final phase of the war in 2009.

Despite being one of the most notorious alleged war criminals, the Commander of the 58th Division of the Army Major General Shavendra Silva who was mentioned in the UN investigations, has been promoted in January 2019, to the Chief of Staff of the Sri Lanka Army. His Division was allegedly involved in many international crimes including repeated and deliberate attacks on hospitals, food distribution queues, and No-Fire-Zones resulting in the deaths of thousands of Tamil civilians. He was also personally present during the hundreds of surrenders of Tamils including women and children that later disappeared in Army custody. In addition, several senior military officials who were credibly accused of committing war crimes have been given promotions and other attractive positions and treated as “war heroes.”

It has been about 10 years since the end of the war, and the victims have not been given justice and they continue to suffer under the condition forced by the government of Sri Lanka. The oppression of the Tamil people still continues. The Tamil people do not believe that Sri Lanka will ever offer them justice, and have been calling for an international judicial mechanism.

We therefore jointly request the following:

1. Since Sri Lanka has not only failed to fully implement the UNHRC Resolutions 30/1 and 34/1, but also stated their unwillingness to implement the Resolutions, we urge not to give any extension of time to Sri Lanka.

2. We call upon the UNHRC to refer Sri Lanka to the UN General Assembly and to the UN Security Council to be referred to the International Criminal Court or to a specially created international criminal tribunal set up by the UN.

3. We call upon the UNHRC to appoint a UN Special Rapporteur for Sri Lanka, to monitor and report to the Council every six months, the plight of the war affected Tamil people, disappeared persons, political prisoners, continued arbitrary detention under the Prevention of Terrorism Act, presence of large number of Sri Lankan security forces in Tamil region, the occupation of private lands by the Sri Lankan security forces, and particularly the continuing Genocide of the Tamil people by the Sri Lankan state.

Thank you for your consideration.

Cc: Secretary General of the UN 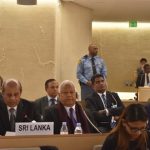 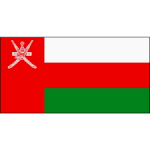