A staff team from the International Monetary Fund (IMF) led by Manuela Goretti visited Colombo during January 29 – February 7, 2020 to meet with the new administration and discuss its policy agenda.

“The economy is gradually recovering from the terrorist attacks last April. Real GDP growth is estimated at 2.6 percent in 2019. The recovery is supported by a solid performance of the manufacturing sector and a rebound in tourism and related services in the second half of the year. High frequency indicators continue to improve and growth is projected to rebound to 3.7 percent in 2020, on the back of the recovery in tourism, and assuming that the Novel Coronavirus will have only limited negative effect on tourism arrivals and other economic activities. Inflation is projected to remain at around 4½ percent, in line with the Central Bank of Sri Lanka (CBSL) target. After a sharp import contraction in 2019, the current account deficit is expected to widen to nearly 3 percent of GDP in 2020.

“Preliminary data indicate that the primary surplus target under the program supported by the Extended Fund Facility (EFF) was missed by a sizable margin in 2019 with a recorded deficit of 0.3 percent of GDP, due to weak revenue performance and expenditure overruns. Under current policies, as discussed with the authorities during the visit, the primary deficit could widen further to 1.9 percent of GDP in 2020, due to newly implemented tax cuts and exemptions, clearance of domestic arrears, and backloaded capital spending from 2019. Given risks to debt sustainability and large refinancing needs over the medium term, renewed efforts to advance fiscal consolidation will be essential for macroeconomic stability. Measures to improve efficiency in the public administration and strengthen revenue mobilization can help reduce the high public debt, while preserving space for critical social and investment needs. Advancing relevant legislation to strengthen fiscal rules would anchor policy commitments, restore confidence, and safeguard sustainability over the medium term.

“The CBSL should continue to follow a prudent and data-dependent monetary policy and stand ready to adjust rates to evolving macroeconomic conditions. Net International Reserves fell short of the end-December target under the EFF-supported program in 2019 by about $100 million amid market pressures after the Presidential elections and announced tax cuts. However, conditions have since stabilized. Renewed efforts are needed to rebuild reserve buffers to safeguard resilience to shocks, under a flexible exchange rate. Approval of the new Central Bank Law in line with international best practices is a critical step to further strengthen the independence and governance of the CBSL and support the adoption of flexible inflation targeting.

“The financial system remains broadly stable, although some pockets of vulnerability remain, especially among non-bank financial institutions. Caps on lending rates and the loan repayment moratorium for small and medium enterprises should be temporary, to avoid unintended distortions and inefficiencies in financial intermediation. Modernizing the Banking Act, with a view to strengthening and harmonizing regulation, supervision, and resolution frameworks for deposit-taking financial institutions would help safeguard financial stability.

“The authorities should move ahead with growth-enhancing structural reforms to fully harness Sri Lanka’s economic potential and foster greater social inclusion. The team welcomed the authorities’ plans to enhance the efficiency of state-owned enterprises, enabling them to operate on a sound commercial basis. These plans would need to be supported by a visible commitment to strengthen governance and transparency, notably in the energy sector, and renewed efforts to tackle corruption. Concerted initiatives are needed to foster the business climate, promote trade openness and investment, and strengthen infrastructure sustainably, including to respond to the challenges from climate change. Sri Lanka stands to gain from greater female labor participation, enhancements in social protection, and further investment in education and skills.” 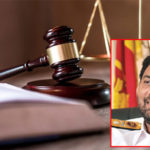 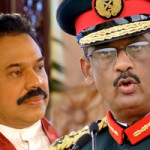 Next article - SLPP leaders invited me to join them: SF »