A Fundamental Rights petition filed challenging a Chinese law firm from engaging in any legal professional work within in Sri Lanka was fixed for further argument by the Supreme Court.

The Supreme Court three-judge-bench comprising Justice Vijith Malalgoda, Justice L.T.B. Dehideniya and Justice Preethi Padman Surasena fixed the petition to be taken up for further argument on March 19. At a previous occasion, the Supreme Court had issued an Interim Order preventing Baqian Law Group Lanka (Pvt.) Ltd, a Chinese law firm from engaging in any legal professional work within in Sri Lanka. This order will be effective until the final determination of this petition.

The Supreme Court had also granted leave to proceed with this Fundamental Rights petition.

Attorney Nayantha Wijesundara had filed this Fundamental Rights petition challenging the decision of the Registrar General of Companies to incorporate a limited liability company which purports to provide legal services in Sri Lanka.

Petitioner Wijesundara denied the version of first Respondent, the Registrar of Companies that the law permits both Sri Lankan and foreign law firms to provide legal services in Sri Lanka.The petitioner disagreeing with this position stated that it is not permitted by the Supreme Court Rules and Judicature Act which governs the legal profession in Sri Lanka.

Analyzing Rule 70 of the Supreme Court Rules and also surveying the Law in India and United States, the Petitioner argued that the term ‘legal professional services’ included both advising and assisting clients outside of court, and also appearing for clients in courts.

The Petitioner argued that it cannot be said that the Supreme Court’s regulation of the legal profession is limited only to court practice and such a narrow interpretation will harm the legal profession. Additional Solicitor General Sanjay Rajaratnam P.C, appeared for the 1st Respondent Registrar General of Companies. Counsel Sunil Abeyratne appeared for the 2nd Respondent Baqian Law Group Lanka. Chanaka de Silva P.C. appeared for Sri Lanka Bar Association (BASL). 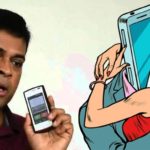