Three of the earliest names used to denote the island of Sri Lanka are: 1. Lanka (Ramayana), 2. Tamraparni (Asoka Inscription) and 3. Eelam (Thirupparankunram Inscription). All these three names were in use since before the Common Era (Christian Era).

Prof Thomas Burrow (University of Oxford) and Prof Murray Barnson Emenaeu (University of Berkeley, California), the compilers of the Dravidian Etymological Dictionary (Oxford 1961) are of the opinion that the name of the land ‘Eelam’ came from the Dravidian word ‘Eelam’ (or Cīlam) referring to the palm trees in Ceylon which produces toddy.

Another meaning for ‘Eelam’ in Dravidian is gold or copper, and the copper-coloured soil may have given the name ‘Eelam’ to the land. The Prakrit name ‘Tamraparni’ (Tambapanni in Pali) also means copper coloured soil. This is an alternate explanation for the origin of the term Eelam.

The earliest now available reference to the word Eelam is in a Tamil Brahmi inscription from about the 2nd – 1st Century BCE found in a cave at Thirupparankunram in Tamilnadu. It is found engraved on the ledge above the row of stone beds in the cave. It is about a donation made by a man named Polalaiyan to the Jain monks.

The first line of the two lined script reads: Erukathur Eela-Kutumbikan Polalaiyan, meaning (the gift made by) Polalaiyan, the Eelathu householder from Erukathur. Eelam is identified as the island of Ceylon / Sri Lanka.

This inscription from Thirupparankunram refers to the house-holder Polalaiyan from Eelam. Picture Courtesy: I. Mahadevan 2003: p.390.

The Brahmi rock inscription at Abhayagiri Vihara, Anuradhapura belonging to the second century BCE, (Inscriptions of Ceylon No. 94) has a three-line inscription, the first line reads as follows: “Eelabaratahi Dameda-Samane karate Dameda gahaspathikana pasade”. This means “The terrace of the Tamil house-holders caused to be made by the Tamil Saman of Eelabarata. Eelabarata referring to the Barata of Eelam.

Scholar Paranavitana of the Dept. of Archaeology, who first read this script and published it, mis-read the first word as “Ilubaratahi” instead of “Īla (Eela)baratahi”

This inscription from Abayagiri at Anuradhapura refers to the terrace of the Tamil house-holder Saman of Eela Barata. Picture Courtesy: S. Paranavitana.

Among the Sangam literature (3rd Century BCE- 1st Century CE) there is bard named Poothan Thevanar from Eelam who had composed three poems in Akananooru, three poems in Kuruntokai and one poem in Narrinai. Modern Indian commentators say that he came from ‘Eelam’ (Lanka) and maintained his identity by prefixing Eelatthu to his name (Pillay 1975:

Eela-mandalam refers to the region of Eelam, an administrative unit of the imperial Cholas during their occupation of Eelam. The Chola king Rajaraja (985-1016) conquered several countries, among them Eelam. This land was included in his empire as Eela-mandalam (Hultzsch, 1892: 40: I, IV)

There is a stone slab inscription obtained from Mātottam (Mannar) preserved in the Museum at Colombo. This eleventh century Tamil inscription was first read by Krishna Sastri, the epigraphist from India (Krishna Sastri 1923). This inscription mentions a donation made to the Thirukketisvaram temple in Eelam by a landowner from Cholamandalam in Tamilnadu.

Takshina Kailasa Puranam is a 14th Century chronicle about the traditional history of
Thirukkoneswaram temple at Trincomalee. The authorship is ascribed to Jayaveera Cinkaiaryan, the king of Jaffna (1380-1410). This work mentions Eelam as the country of this temple and provides descriptions of the people of Eelam.

Sinnathamy Pulavar (1716 – 1780), a famous poet from Jaffna composed a Pallu (a drama in poetry depicting scenes from rural life) in 28 verses, where he compares Eela-mandalam with Cholamandalam – nature of the land, the richness, the agricultural products, the fertility and the beauty of their women.
The verses will end as “Eela Mandala Nādengal Naade” meaning “Eelamandalam is our country”.

In Sri Lanka, the latter half of the twentieth century saw the emergence of the Tamil resistant movement. On 14th May 1976, at their Annual Conference held at Vaddukoddai in Jaffna, the Tamil United Liberation Front under the leadership of Mr S.J.V. Chelvanayagam unanimously passed a resolution that the creation of an independent Tamil Eelam and the establishment of the right to self-rule is the only salvation to the Tamils in Ilankai (Sri Lanka).

There is a misconception in some circles that the LTTE was responsible for creating the name Eelam, and this term has never been used as an early name for Sri Lanka.

The above article provides ample evidence to show that the term ‘Eelam’ has been in use for the past 2200 years as another indigenous name for the island of Sri Lanka.

Following is the letter the High Commissioner of Sri Lanka in UK wrote to the Editor of the Guardian.

The High Commissioner of Sri Lanka in the United Kingdom has written to the Editor of the Guardian newspaper after the web edition of the UK’s Guardian newspaper posted a quiz saying ‘Eelam’ as an indigenous name of Sri Lanka, linking it with the Tamil Tigers terrorist group, Sri Lanka’s Foreign Relations Ministry said in a statement today.

The Foreign Relations Ministry today said its attention is drawn to a quiz titled “Travel quiz: do you know your islands, Man Friday?” published on the web edition of The Guardian newspaper in the United Kingdom on Friday, 15 May 2020. The second question reads -‘Eelam is an indigenous name for which popular holiday island?’

Among the answers to this question, Sri Lanka has been listed as one of the choices and when one selects Sri Lanka as the answer, whilst indicating it as the correct answer, a further description ‘the full name of the island’s recent military insurgency was LTTE – Liberation Tigers for Tamil Eelam’ appears.

The High Commissioner of Sri Lanka in the United Kingdom wrote to the Editor of the Guardian newspaper on the inaccuracy of this information requesting that the content be removed.

The Guardian has now removed the quiz from its website.

Following is the letter the High Commissioner of Sri Lanka in UK wrote to the Editor of the Guardian. 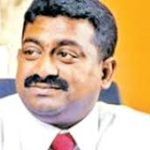 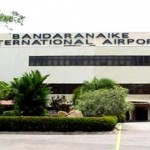