India to supply COVID vaccine to Lanka on a priority basis

India is ready to give priority to Sri Lanka when supplying to other countries the vaccine now being produced by India to treat COVID 19 virus, the External Affairs Minister of India Dr. S. Jaishankar told President Gotabaya Rajapaksa, the President’s Media Division said.

Jaishankar arrived yesterday in the country for a two-day visit, the Indian Minister called on President Rajapaksa at the Presidential Secretariat on Wednesday.

Commenting on the future course of action to control the COVID 19 pandemic during the ensuing discussion President Gotabaya stated that Sri Lanka would like to obtain the COVID vaccine, which is being produced by India following an accurate assessment of the need for treatment.

Dr. Jaishankar agreed to give priority to Sri Lanka when his country begins exporting the vaccine to other countries. Both President and the Indian Minister agreed to further enhance Indo – Sri Lanka bilateral relations so as to maximize mutual benefits.

In addition to the ongoing projects carried out in Sri Lanka with the assistance of India, several other areas for cooperation development were identified during the discussion. The East Container Terminal of the Colombo Port, LNG power plant, construction of houses and roads, development of agriculture and research, communication technology and development of alternative energy sources are of among them.

Stating that Sri Lanka possesses a youth generation equipped with formal education, President Rajapaksa sought India’s support to provide them with proper vocational training in various fields. When specific needs of Sri Lanka are known, India is willing to assist vocational training programmes, the Indian External Affairs Minister said. Indian aid has already been received to utilize solar power as an alternative energy source. He said that India would be able to provide further financial and technical assistance in the future.

Both parties expressed views on the need to revive the tourism sector which was crippled in the wake of COVID 19 pandemic.

“The Maldives continues to attract tourists following the bio-bubble method. A large number of Indians have already gone there. People like to travel in order to get rid of the stress caused by the pandemic. Hotels in New Delhi are now brimming with Indians. We can encourage them to visit Sri Lanka”, Dr. Jaishankar said.

It was decided to hold a joint discussion between India, Sri Lanka, Maldives and Nepal as soon as possible to determine possible course of action for the revival of the tourism industry.

The issue of involving India and Japan in building and managing Colombo Port’s Eastern Container Terminal still hangs in the balance despite the existence of a Memorandum of Cooperation (MOC) on that project since 2019.

On Wednesday (January 6) Sri Lankan Prime Minister Mahinda Rajapaksa told Parliament that there is no decision to vest the East Container Terminal at the Colombo Port in its entirety or partially with a foreign entity or to hand over its management.

“The Colombo Port is a vital center for the development of the country,” said the Prime Minister adding the Government of Good Governance (the former government) had inked an agreement for the East Container Terminal without involving the Ministry of Ports and Naval Affairs,News First quoted the Prime Minister as saying.

Mahinda Rajapaksa said the agreement entered into by the former government was signed by the then Ministry of Development Strategies & International Trade. The then government reached an agreement with India and Japan as well.

Recently, the Chairman of the Sri Lanka Ports Authority (SLPA) Maj.Gen. Daya Ratnayake said that government has appointed two committees to go into the various issues connected with the ECT including the the workers’ agitation against handing over the terminal to a foreign entity and the involvement of Sri Lankan companies in building and managing the terminal.

The Sri Lankan private sector is involved in building and successfully running one of the four terminals in Colombo port – the South Asia Gateway Terminal (SAGT). 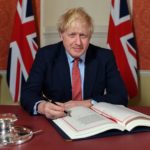 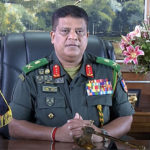