New Delhi is concerned that Chinese Intelligence is behind protests against East Container Terminal (ECT) in the Colombo Port, the Sunday Times reported.

Indian External Affairs Minister S. Jaishankar’s whistle- stop visit to Colombo was prompted largely by New Delhi’s concerns that China was guiding the narrative on its pet projects such as the proposed partnership with Japan and Sri Lanka to run the East Container Terminal (ECT).

Less than five days’ notice was given to Colombo of the visit, authoritative sources said, indicating that it was a quick development. While the ECT was high on the agenda, it was of particular note that Mr Jaishankar wanted the joint venture projected strictly as a private investment and not an imposition by the Indian Government.

New Delhi was worried that the rhetoric around the ECT initiative was promoted by Chinese Intelligence, with the objective of having it blocked, sources told Sunday Times.

Sri Lanka, Japan and India first entered into a memorandum of cooperation to develop the ECT on May 28, 2019. Sri Lanka will retain 100 percent ownership of the terminal with operations being carried out by the Joint Venture ( JV). It was envisaged that Japan will lend US$ 500mn at an interest rate of 0.1 percent to Sri Lanka to complete the second phase of the facility, which includes an 800m berth.

It had been agreed in principle that the Sri Lanka Ports Authority (SLPA) will have a 51 percent stake in the JV. India’s Adani Group is the frontrunner along with Sri Lanka’s John Keels Holdings. But local protests against purported plans to “sell” the terminal to India are gathering speed. And the proposal is still in the pipeline.

It wasn’t just the ECT that New Delhi was concerned about. There is suspicion of a Chinese hand in slowing down or stopping all India-led initiatives, including a longstanding request to develop and operate more oil tanks in the facility in Trincomalee.

Mr Jaishankar specifically requested t he Sri Lankan Government not to hand over the oil tank farm to players from any other country, the sources said. The tank farm was first built on 850 acres by British colonialists in 1930. The upper tank farm comprises 84 tanks out of a total of 101 (99 are usable).

The lower farm has been managed jointly by the Ceylon Petroleum Corporation ( CPC) and Indian Oil Corporation (IOC)–via Lanka IOC Pvt Ltd or LIOC– since 2003. LIOC has refurbished these tanks, pipelines and the jetty. It created new facilities such as additional storage tanks and lubricant blending facilities. Annual rent is being paid for the facility.

But a 2003 tripartite agreement signed between the Sri Lankan Government, LIOC and CPC covers the entire tank far, upper and lower. It is on this basis that India wants to move forward.

Also stuck is a proposed liquefied natural gas (LNG) terminal that was to be set up near Colombo in partnership with Petronet LNG Ltd, India’s biggest gas importer, and its Japanese partners ( Mitsubishi and Sojitz). Final approval has not been received for the deal that has been pending since 2018.

In October 2018, Indian Prime Minister Narenda Modi expressed concern over excessive delays in joint venture projects at a meeting in New Delhi with the then Prime Minister, Ranil Wickremesinghe. He requested initiatives on which memoranda of understanding had been signed to be fast-tracked. 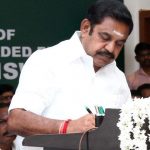 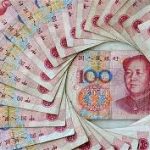