India has helped four Sri Lankan students to move out of the East Ukrainian city of Lugansk. They have been evacuated to Kiev by Indian diplomats, who had gone to Lugansk to arrange for the evacuation of approximately 1000 Indian students who were studying largely in the medical college there. Indian foreign office spokesman Syed Akbaruddin

All of them were moved to Kiev in two days

Simultaneously India also helped nationals from Maldives, Bangladesh, Pakistan, and Nepal who were studying in the troubled Eastern Ukrainian city.

At his briefing here on Friday, foreign office spokesman Syed Akbaruddin said India had received requests from some South Asian countries to assist their nationals in moving out to Kiev.

“This is a humanitarian gesture that our Mission worked on based on requests from some of the countries. After all they were all students. We had the capacity and we did assist them”.

“In addition there were two British nationals of Indian origin. All of them were assisted and they are now in Kiev and they will make their own arrangements to fly out of there. The Indian Mission will assist them even in that”, Syed Akbaruddin added.

Fielding another question, the Indian spokesman refuted reports from Islamabad that around round 25 Pakistanis are languishing in Indian jails after completing their term

“Let me confirm to you that there are no Pakistani prisoners in Indian jails who have completed their sentence and whose nationality has been confirmed. So, those who are in Indian jails from Pakistan as of now are those whose nationality either has not been confirmed by Pakistan or who have not completed their judicial sentence. I hope that is very clear”, he remarked. 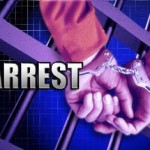 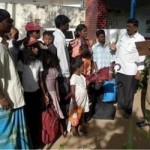