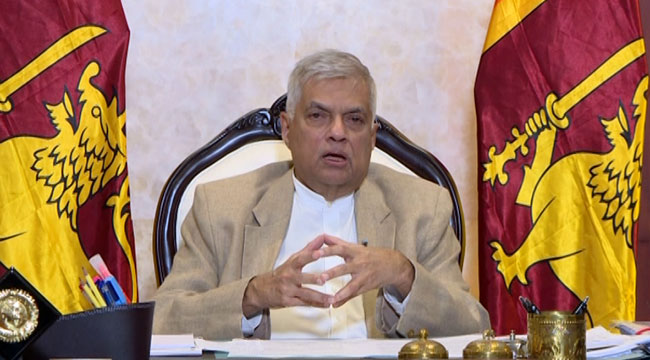 President Ranil Wickremesinghe stated on Saturday (7) that the proposals presented by each political party during the several rounds of talks held regarding the formation of an all-party Government will be distributed to all the other political parties that attended these discussions by today (8), the President’s Media Division (PMD) announced.

President Wickremesinghe had stated thus at the discussions held with leaders of the 11 independent parties in Parliament and the “43 Brigade” party regarding the formation of an all-party Government. The discussions were held at the President’s Office.

President Ranil Wickremesinghe had pointed out that only the Janatha Vimukthi Peramuna (JVP), National People’s Power (NPP), and a few other Tamil political parties are left to hold discussions with, and he commended everyone’s enthusiasm for all-party governance by setting aside political ideologies to fulfill the people’s aspirations.

As per 43 Brigade Leader MP Patali Champika Ranawaka, the 43 Brigade is working optimistically with the President’s position regarding bringing back the 19th Amendment to the Constitution.

He also said that there is a strong need to do away with the political party system and appoint professionals as heads of State institutions.

Ranawaka further said that a country cannot be developed by political reforms alone, and added that the contribution of professionals should be a key factor. He also said that in education reforms, syllabi should be formulated by looking at the future.

SLPP “independent” MP Udaya Gammanpila pointed out that the identity of all political parties should be protected in the discussions that are being held regarding the formation of an all-party Government, and further said that taking forward the discussion with a foundation document will help to succeed the expectations of the all-party Government.

SLPP MP Mohamad Muzammil said that his team discussed a common programme for an All-Party Government with former President Gotabaya Rajapaksa as well. He also said a common consensus is needed although political party policies cannot be agreed upon.