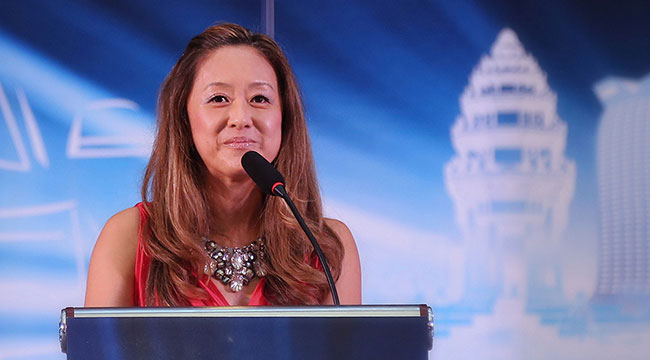 Currently serving as Acting Assistant Secretary of State for Western Hemisphere Affairs, 49-year-old Julie Jiyoon Chung, who was nominated on Tuesday, needs to be confirmed by the Senate before she can head to the island nation.

Fluent in Korean, Japanese, Spanish and Khmer, Seoul-born Chung was previously Director of the Office of Japanese Affairs at the State Department.

Chung was also the Chief of Staff to the Transition Coordinator at the US Embassy in Baghdad, Iraq. She has also served at the US embassies in Colombia, Vietnam and Japan, and the US Consulate General in Guangzhou, China. She is a Pickering Fellow.

Chung earned her Bachelors of Arts degree from the University of California-San Diego and her masters degree from Columbia University’s School of International and Public Affairs.

She is a recipient of numerous awards, including the Secretary’s Distinguished Honour Award.

Biden announced a slate of ambassador nominations on Tuesday that included Morgan Stanley Vice Chairman Thomas Nides as the top diplomat to Israel and former Interior Secretary Ken Salazar as envoy to Mexico.

Biden is also nominating C.B. “Sully” Sullenberger — the retired pilot who safely landed a US Airways plane in the Hudson River — as an ambassador to the Council of the International Civil Aviation Organization, the White House said Tuesday.

With the nine nominations, Biden has now announced his choices for 18 ambassadorial nominations, all of which must be confirmed by the Senate. Thirteen of the selections are career diplomats, including his picks of Julie Chung to Sri Lanka, Sharon Cromer to Gambia, Troy Fitrell to Guinea and Marc Ostfield to Paraguay.

Julianne Smith, who served as Biden’s acting national security adviser when he was vice president, will be tapped as the top U.S. diplomat to NATO.