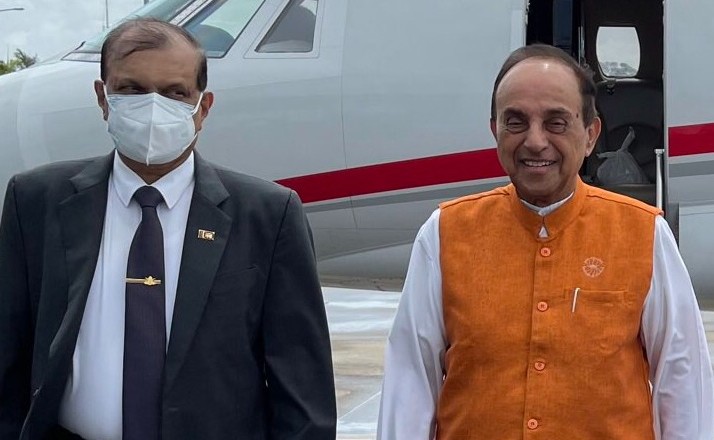 In a display of major diplomatic ties between Sri Lanka and India, BJP MP Subramanian Swamy arrived in the island on Tuesday (12).

Swamy, during his two-day visit, will participate in the Navratri festival hosted by Prime Minister Mahinda Rajapaksa at Temple Trees, the latter’s official residence in Colombo.

He is also slated to meet Fisheries Minister Douglas Devananda and will address a forum at the Institute of National Security Studies of the Defence Ministry.