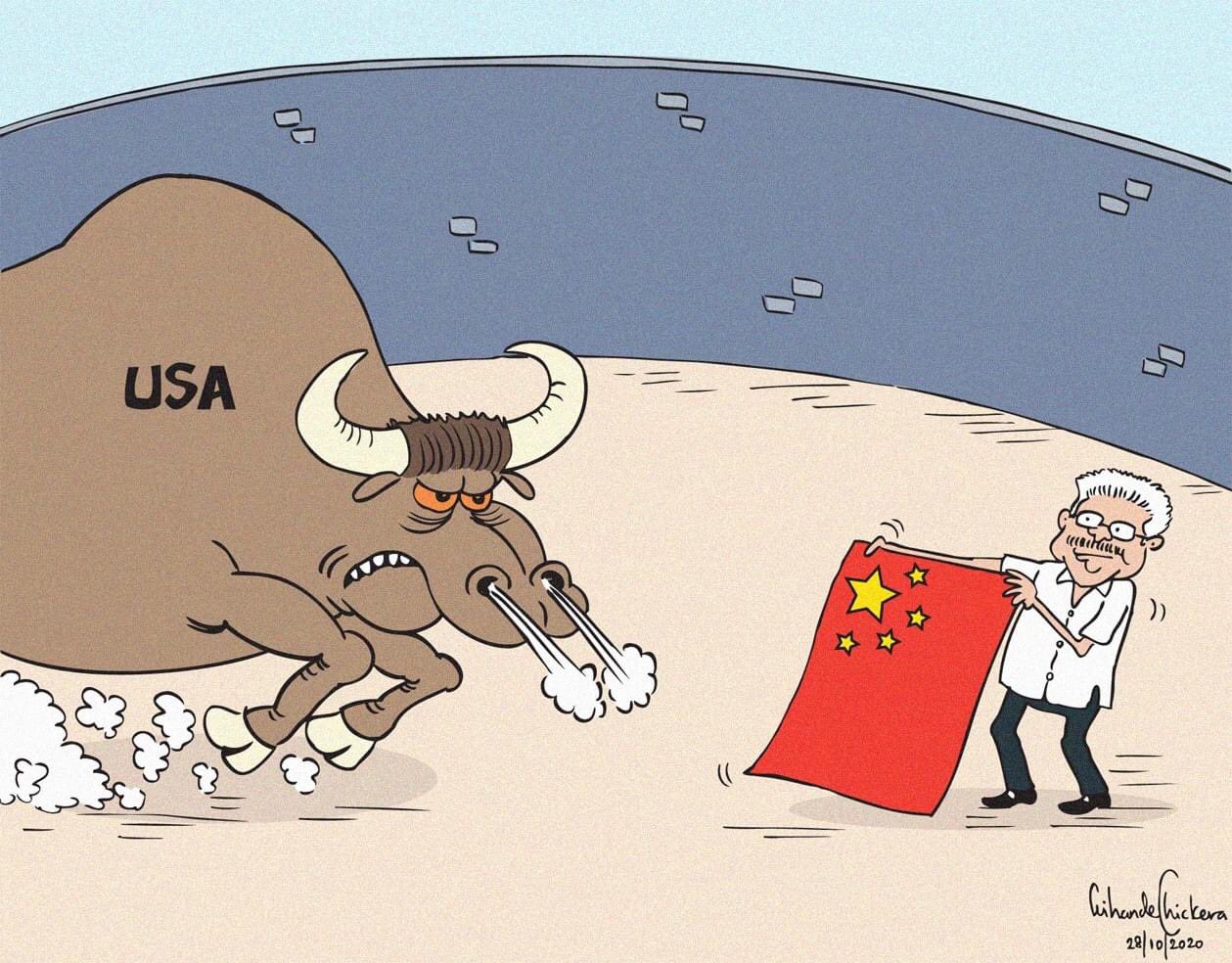 Sri Lanka and China vowed on Wednesday to enhance pragmatic cooperation in all sectors between the two countries, including the military, China’s official agency Xinhua reported.

Closely following the pragmatic cooperation in the military field between the two countries, President Gotabaya Rajapaksa hoped that “the two militaries will carry out closer exchanges so as to further lift the level of pragmatic cooptation.” The Sri Lankan President is also the Defense Minister of Sri Lanka.

No bending to major powers outside the region

President Gotabaya said that Sri Lanka has prioritized developing relations with China and firmly supported China’s positions on issues concerning its core interests. The Lankan President added that his country has been pursuing an independent foreign policy and will never bend to pressure from major powers outside the region and never forge an alliance with any country.

Gotabaya thanked China for providing long-term and precious support to Sri Lanka and hoped to learn governing experience from the Communist Party of China on poverty alleviation and rural revitalization, among others.

In his meeting with Wei, Sri Lankan Prime Minister Mahinda Rajapaksa noted that Wei and his delegation visited Sri Lanka at a time when the COVID-19 pandemic is still not contained, demonstrating that China attaches great importance to developing the ties with Sri Lanka.

Hailing China for its achievements made in the pandemic prevention and control, economic development and poverty alleviation, the Prime Minister thanked China for providing unselfish help to his country.

Rajapaksa said “Despite the increase in COVID-19 cases in recent weeks, our Government has decided not to pursue country-wide lockdowns due to the impact such lockdowns have on our economy and society. I’m sure you’ll agree that there is still a lot that needs to be done for post-pandemic economic recovery. One of our main priorities in this effort is to attract investments from around the world. I look forward your support in rebuilding investor confidence in Sri Lanka.”

Sri Lanka will always be a sincere friend to China and will firmly support China’s position on safeguarding its own core interests, the Prime Minister said.

For his part, Wei said that China and Sri Lanka enjoy a long history of friendship with deep bilateral relations.

The two countries are jointly working for the high-quality construction of the Belt and Road, Wei said, pointing out that they share a bright prospect of development.

Peaceful development and win-win cooperation is the global trend and the right way forward, Wei said, adding that certain major countries are keen to form cliques and factions and seek regional hegemony, which goes against the people’s shared aspiration and severely harms the interests of the regional countries.

“To jointly maintain regional peace and stability,” Wei said, “the two sides should make joint efforts against powers outside the region setting up military alliance in South Asia and practicing hegemonism.”

On Tuesday a video conference of the Foreign Ministers of South Asian countries and China on the containment of the raging COVID-19 pandemic in the region. But India and its allies, Bhutan and the Maldives, were conspicuously absent, perhaps due to the participation of China. New Delhi envisages no role for China in South Asia.

Minister Wang Yi told the conference that, an invitation had also been extended to India. To get India in, Wang said: “China expresses the deep sympathies for the raging pandemic in India and extends its sincere condolences to the Indian people. China is willing to provide support and assistance to the Indian people at any time in accordance with the needs of India.”

China is making a multi-pronged entry into South Asia, traditionally considered to be India’s exclusive preserve. China has already penetrated the Sri Lanka economy through investments and credits. Sri Lanka owes China a little above US$ 5 billion.

Earlier in April, Sri Lanka inked an agreement with the State-run China Development Bank for a loan of US$ 500 million. A month or so earlier it signed a currency swap deal worth US$ 1.5 billion with China to ensure fiscal stability in the face of the unceasing pandemic. “The US$ 500 million loan was a part of the US$ 1 billion loan (signed before), out of which US$ 500 million was released last year,” the Sri Lankan embassy in China explained. Sunday Times added that another US$ 700 is being sought.

P. K. Balachandran is a senior Indian journalist working in Sri Lanka for local and international media and has been writing on South Asian issues for the past 21 years.