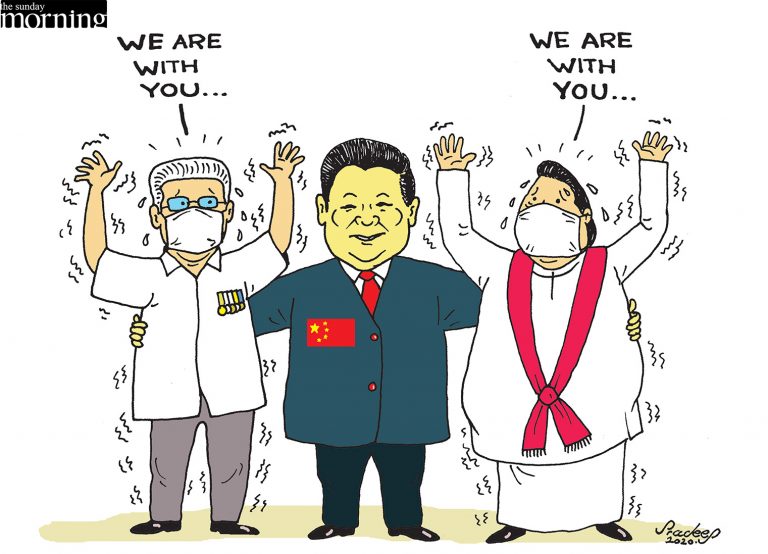 China has called on Sri Lanka to strictly follow international bidding procedures after concerns were raised over a Chinese funded power project in the North of the country.

In a statement issued today, a Chinese company defended the proposed wind-photovoltaic-energy storage hybrid power generation project in the North.

Sionsoar-Etechwin JV said that tens of thousands of “poor people” in Northern Sri Lanka will benefit from the project.

The company said that the politicization of the project goes against the interests of the people and does not meet the manifesto of the current Government.

Sionsoar-Etechwin JV said that the project is funded by the Asian Development Bank, in full accordance with the international bidding procedures.

“According to the bidding regulations, the consortium is only responsible for the construction and handover of the project. All moves are under the complete supervision and management of the employer-Ceylon Electricity Board. There is no so-called “security” concern issue raised by third parties,” the company said.

The consortium said that it strictly abides by the laws and regulations of Sri Lanka and the relevant requirements of the Asian Development Bank as well as the Ceylon Electricity Board.

At the same time, the Chinese company said it firmly opposes any “outrageous interference” by any third party without legal and factual basis.

The consortium called on the Sri Lankan Government to strictly follow the international bidding procedures to implement the project, and protect the legitimate rights and interests of the contractor, as well as its own credibility and international reputation.