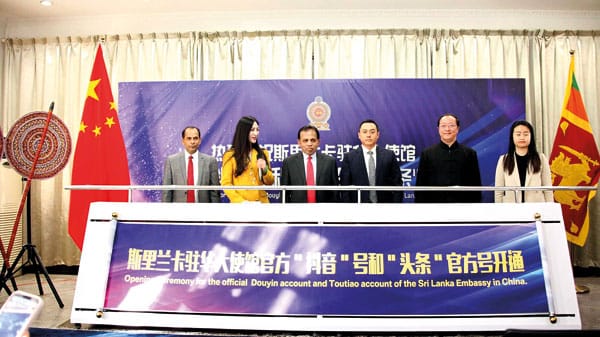 A Chinese social media platform has suspended a promotional campaign organized by the Sri Lankan embassy apparently in tit for tat for the government’s move to suspend the visit of the Chinese ship, a top source said.

The Sri Lankan authorities organized this campaign to be launched on Friday on ‘Douyin’. However, the Sri Lankan mission has been informed that it cannot be implemented.

The Sri Lankan authorities believe it has been in retaliation to Sri Lanka’s postponement of the port call of ‘Yuan Wang 5’ research ship following protests by India .

Also, a top source said many social media sites in China are hot with negative comments on Sri Lanka. It is also learned that some Chinese supermarkets have delayed the purchase of Sri Lankan goods.