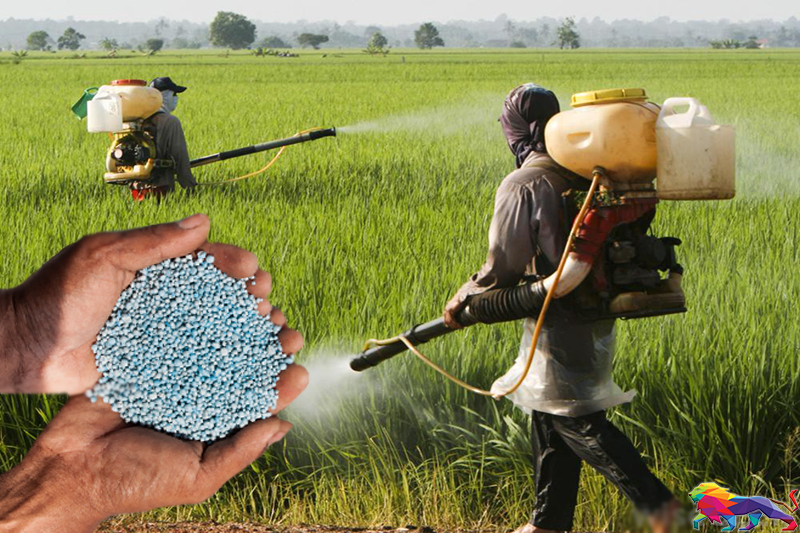 Minister of Agriculture Mahindananda Aluthgamage has stated that he hopes to request the Criminal Investigations Department (CID) to conduct an investigation following the discovery of harmful microorganisms in the samples of organic fertiliser made in China, which are to be imported to Sri Lanka.

Addressing a media briefing last Friday (17), he said that the relevant samples were brought into Sri Lanka on an “unofficial” level and that the Agriculture Ministry has some concerns with the process of bringing the samples into the country and distributing them for testing.

“The Sri Lanka Standards Institution (SLSI) has named an independent laboratory in China and they carried out tests on these fertilisers. According to those tests, these organic fertilisers were found to be free of microorganisms. Thereafter, some samples of these fertilisers were unofficially brought here for testing. However, they came in a plastic bag. So anyone can inject something into it and doing so would completely change the quality of these fertilisers. This deal is a major deal. So I hope to request the CID to investigate this incident,” he said.

Aluthgamage also said that tests have so far identified the samples as containing the bacteria called Erwinia spp, which makes the fertiliser not suitable for potato, cabbage, and carrot cultivations. He further stated that such fertiliser will not be permitted to be imported.

“Fertiliser has arrived in Sri Lanka, oil has arrived in Sri Lanka, but it will be sent back if it is not of good quality. So there is nothing to worry about. We will not bring any garbage. All this fertiliser is made from seaweed. These fertilisers are to be imported to Sri Lanka in five consignments and the company has given a deposit of $ 5 million to the Agriculture Ministry for the first consignment of about 20,000 metric tonnes (MT) coming into the country,” he elaborated.

Recently, a tender was awarded to import 99,000 MT of organic fertiliser made in China and its value is approximately $ 63 million. The mandatory tests carried out by the SLSI, the National Plant Quarantine Service (NPQS), and the Sri Lanka Atomic Energy Board (SLAEB) on its samples failed.

According to the testing agencies, the stock of fertiliser could contain harmful microorganisms, pathogens, and even diseases harmful to the soil, plants, and humans.

A letter sent to the Fertiliser Secretariat by the NPQS on the test results of the samples, which was seen by The Morning, states that both fertiliser samples they received contain harmful bacteria. According to the letter, two samples of solid organic fertiliser bearing numbers 388 and 389 have been referred to the NPQS by the National Fertiliser Secretariat on 31 August 2021. The samples have been subjected to standard microbiological tests to find out whether they are contaminated with culturable microorganisms. Accordingly, the letter sent by the NPQS read: “Sample No. 388 was found to be highly contaminated with gram-positive and gram-negative bacteria. Preliminary studies revealed the bacteria to be Bacillus spp and Erwinia spp, which can be pathogenic to plants. Similarly, sample No. 389 was found to be contaminated with gram-positive bacteria, which is also a Bacillus spp.”

Following reports that the mandatory tests carried out by the said institutions on these samples have failed, the local agent of the said Chinese company told The Morning last week that another set of samples are to be given to the SLSI, NPQS, and the SLAEB. Aluthgamage said at the press conference that another sample had been received by the Sri Lankan authorities.

An official of the local agent claimed that the fertiliser samples were received in Sri Lanka on 21 August but were tested by the SLSI on 8 September. Against that backdrop, he claimed that if the samples were exposed to the environment during that time, their condition could change. “We do not know what happened between 21 August and 8 September. Their condition can change through exposure to the environment.”

When asked if the SLSI, the NPQS, and the SLAEB have given them the test reports, he stated that no report has been received so far. However, one of the buyers of the fertiliser stock, Ceylon Fertilizer Company Ltd., has, in a letter, informed the Chinese manufacturer that tests carried out by the SLSI have found harmful bacteria in the samples,” he said.