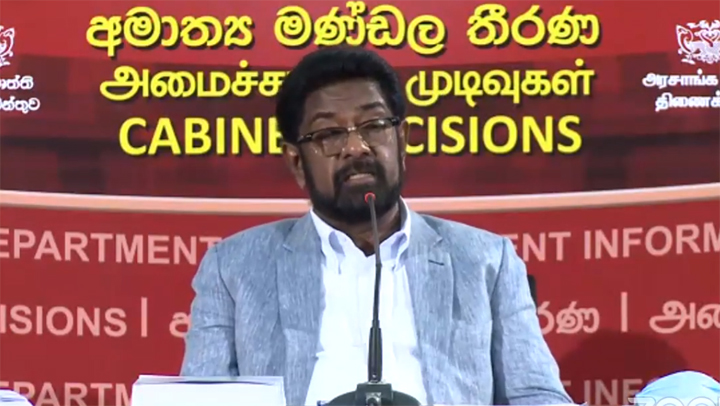 The Health Professionals Experts’ Association alleged that the reason why certain Health Ministry officials are publicly clashing with Health Minister Keheliya Rambukwella is due to the Production, Supply and Regulation of Pharmaceuticals State Ministry exerting power over the Health Ministry on certain matters.

“It is very rare for Health Ministry officials to clash with their Minister in public. The reason for this situation which is happening very often at present is that the said State Ministry has concentrated its power over the Cabinet Ministry,” the Association claimed.

Association Chairman Ravi Kumudesh claimed further that this is taking place in a context where the State Pharmaceuticals Corporation, the National Medicines Regulatory Authority (NMRA), the Medical Supplies Division, and the laboratory services are all out of the control of the Health Minister.

“One of the chapters in this conflict is that the Committee of Experts appointed by Production, Supply, and Regulation of Pharmaceuticals State Minister Prof. Channa Jayasumana to look into frauds at the NMRA and the disappearance of data at the NMRA, in one of its first recommendations, set aside the investigation into the frauds and recommended that cabinet powers be given to the State Minister. However, we urge the President to reconsider at this juncture as to whether the real objective of establishing a separate Pharmaceuticals State Ministry has been achieved.”

He further alleged: “We also point out that although certain officials attempt to take advantage of the publicity afforded to the import of vaccines, especially that vaccines were imported efficiently, no special management skills are required to import the least expensive Chinese vaccine at the highest price.”

Attempts to reach Prof. Jayasumana and Rambukwella to ascertain the veracity of the claims were not fruitful.