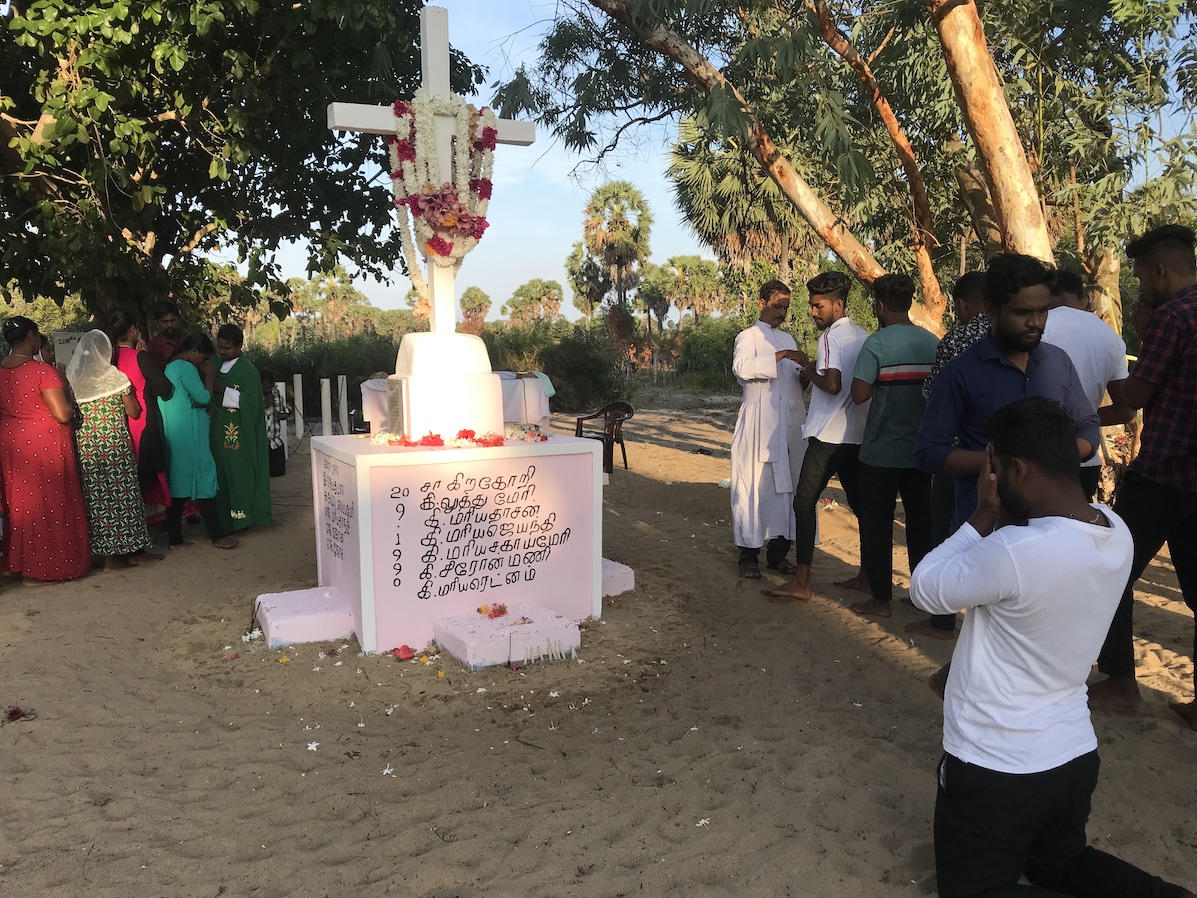 A remembrance event has taken place for 31 Tamil civilians who were murdered 32 years ago in Batticaloa blamed on the military.

On the morning of September 20 1990, Sri Lankan soldiers entered the Savukkadi village and opened fire on civilians. 26 villagers, including 10 children and an infant, were burnt to death and buried in two ditches. Soldiers also shot at fishermen in the waters off the village, killing 7.

Relatives and other villagers paid floral tributes and a mass by Batticaloa bishop Rev. Nocholas Jude held in front of a memorial at Saukadi on September 20.

According to eyewitnesses, a group in military uniforms stormed the village around 8.30 am on September 20, 1990.

They shot and hacked infants, women and men and burnt their bodies, and also killed seven fishermen.

Villagers demand justice for the victims and punishment for the killers.