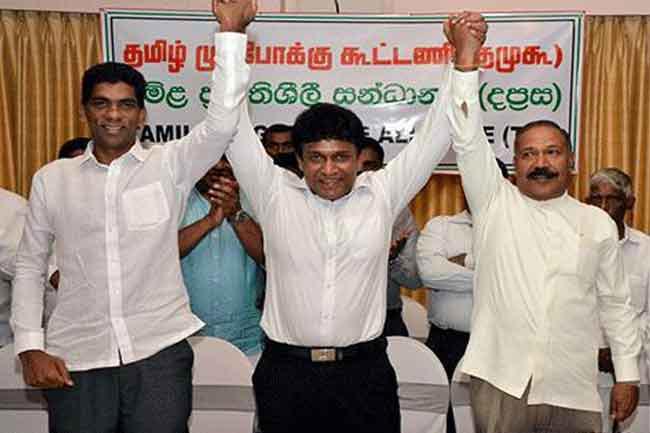 Speaking to The Morning yesterday (19), Ganesan said that upcountry Tamils have gradually emerged as an ethnicity that is reaching world communities, more so now than during previous times.

“Now, slowly, the world is beginning to know upcountry Tamils along with the Eelam Tamils,” he added

He said that the TPA has emerged as the political leadership of the upcountry Tamil community.

Ganesan pointed out that the international community is aware of Sri Lanka’s national ethnic question.

“Attention was only paid to the North and the East since there was a war. But in the current context, they are slowly becoming aware of the upcountry Tamils in the hill country areas.”

“This time, in the UNHRC session, the Special Rapporteur on Slavery has taken note of the plantation workers, which is the most marginalised group in Sri Lanka,” he said.

He noted that the TPA is in constant discussions with the international community, beginning with the diplomatic community in Colombo.

“UNHRC sessions in Geneva, Switzerland, come and go. Soon, we will be a part of international concerns regarding Sri Lanka,” he added.

Special Rapporteur Obokata, while addressing the UNHRC session, paid attention to the forms of labour and slavery in Sri Lanka, in which he gave prominence to plantation workers. He said that one of the main concerns relates to the labour and living conditions of plantation workers in the tea plantation sector.

He was disturbed to learn that females generally have to work twice as long as males, for the same salary, due to the low wages paid for plucking tea leaves. Obokata noted that many plantation workers are Malayaha Tamils (hill country Tamils) who continue to face more forms of discrimination, based on their origin including limited access to land, health, and social care.

“I also found that caste-based discrimination persists in some areas of the country, where workers experience similar obstacles,” he said.

The Special Rapporteur on Slavery visited Sri Lanka in 2021 during which visit many upcountry-based political parties, trade unions, and other organisations handed over various proposals and reports to him, highlighting the work and living conditions of the upcountry Tamils.