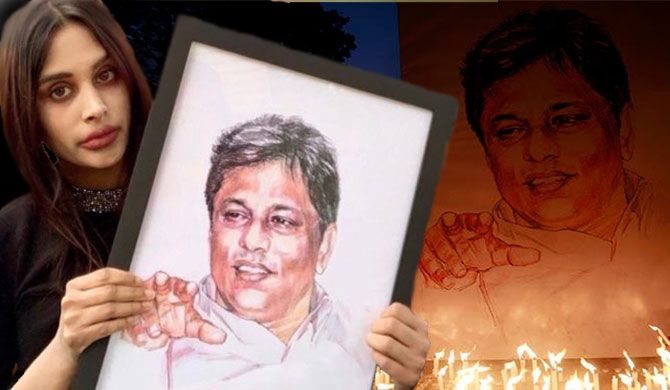 Foreign Secretary Admiral Jayanath Colombage firmly rebuked a widely distributed article by Ahimsa Wickrematunge published yesterday in the Washington Post criticising President Gotabaya Rajapaksa and the present government for denying justice for the murder of her father, founding editor of The Sunday Leader Lasantha Wickrematunge, who was killed in 2009.

While stating that he had not personally read the article, the foreign secretary said that it was an attempt to “destroy Sri Lanka and see its downfall” by rallying the international community to impose travel restrictions and embargoes on Sri Lankan leaders.“not only her, many are there to try and destroy Sri Lanka,” Colombage continued.

Government Spokesman Minister Keheliya Rambukwella lamented that “the public feels that she is tied to a string and is being controlled by certain parties,” including opposition politicians and Diaspora groups. Both Admiral Colombage and Minister Rambukwella praised Wickrematunge’s efforts and rights to seek justice for her father’s killing but said it was unfortunate that she chose to do so during the challenges the country is facing at the United Nations Human Rights Council (UNHRC).

“I encourage her to stay stern and brave,” Rambukwella said,“but I feel sorry for her as all her efforts will be diluted as the timing is not good.” The Minister wished Wickrematunge luck in having the perpetrators of her father’s killing punished someday in a court of law.“i have seen how hard Ahimsa was struggling to bring the perpetrators to book.”