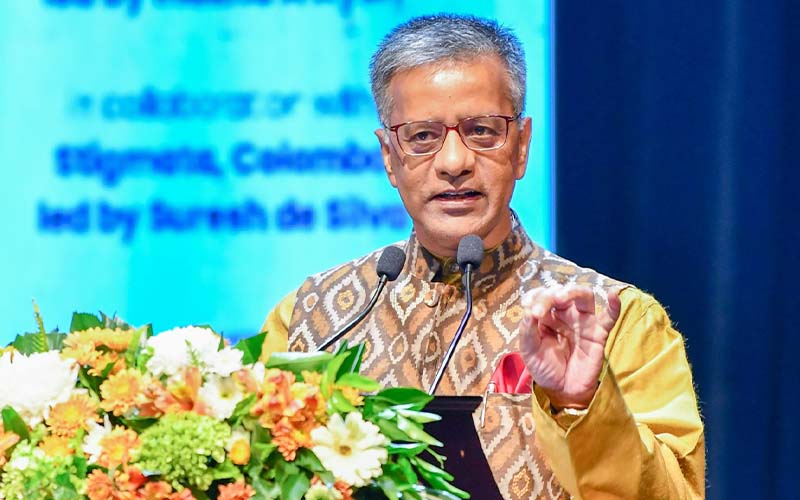 Indian High Commissioner to Sri Lanka Gopal Baglay says cooperation and working together would be very important for Sri Lanka and India on the journey that lies ahead for the two nations to celebrate the centenary of independence in 2047 for India and 2048 for Sri Lanka.

He made this observation on Tuesday (Jan. 24) addressing the gathering at the Rhythm of Harmony held at the Concert Hall of the Bandaranaike Memorial International Conference Hall (BMICH) to mark the 74th Republic Day of India with the participation of President Ranil Wickremesinghe as the Chief Guest and the Guest of Honour, the President’s Media Division (PMD) said.

The UDX, a globally acclaimed musical band from Nagaland in the Northeastern part of India performed at the show along with the Sri Lankan Heavy metal Quintet Band Stigmata.

India is a vibrant growing economy and vibrant diverse democracy like Sri Lanka, high commissioner said further, adding that diversity and democracy are two things that Sri Lanka and India lived by and live for.

The high commissioner also mentioned that Sri Lanka is going to mark its 75th Independence Day early next month. “So as close friends, we should celebrate this event together signifying the real rhythm of harmony. It is not only the harmony of separate bands and music but also the harmony and symphony of India and Sri Lanka. So we celebrate our togetherness in celebrating 75 years of independence, and 75 years of diplomatic relations and also recommit ourselves to the journey ahead of both countries to celebrate the centenary of independence.”

He added that it is not only political leaders, professionals, scientists, diplomats, bureaucrats, and civil servants who should corporate and work together but also every section of society that would play a very crucial role in the shared prosperity that we are going to forge with everybody’s participation.