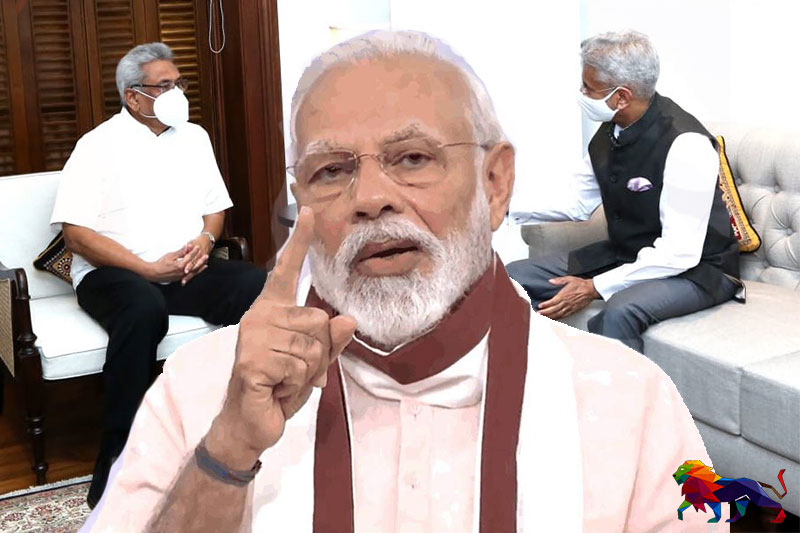 India is looking at a “recalibration” of its bilateral ties with Sri Lanka as China is gaining massive inroads in the Indian Ocean island nation, ThePrint reported today (14).

New Delhi, which aimed at resetting bilateral ties with Colombo following the return of the Rajapaksa regime, now believes that Sri Lanka has taken a firm decision on “completely aligning” with China even if that means doing away with the balancing act with India, sources said.

The bill was passed despite stiff resistance from opposition parties and concerns that the Colombo Port City could turn into a ‘Chinese province’ inside Sri Lanka.

The proposed new CPCEC is expected to have wide-ranging powers and the port city will not be subject to laws and regulations of the Municipal Council and Urban Development Authority of Sri Lanka, thereby raising concerns that it will not function democratically.

According to one source, with the port city coming up and coupled with what happened in the Hambantota Port (where there is speculation that Colombo is looking to extend the 99-year lease to Beijing), Sri Lanka has now “completely come under China’s control” and this will pose a challenge for all future governments there while posing a security threat to India.

Ties between India and Sri Lanka began plummeting in February when Colombo scrapped the strategically important East Container Terminal at Colombo port, which was a tripartite pact with Japan. It instead offered India the West Container Terminal (WCT) as a private deal unlike the previous government-to-government agreement.

It is now clear that the initial bonhomie between Indian Prime Minister Narendra Modi and the Rajapaksa brothers — President Gotabaya Rajapaksa and Prime Minister Mahinda Rajapaksa — and Sri Lanka’s adherence to an ‘India-first’ policy are now “fast fading away”, said another source.

This has happened because Beijing has “worked towards” drifting the island nation away from India so that it can maintain its presence in the Indian Ocean region as the Indo-Pacific strategic construct takes shape, sources said.

However, the sources said, India is now banking on the West Container Terminal, being developed by the Adani Group to make its “strategic presence” felt there.

“They (Adani Group) will remain invested there for a long time. Be it private or public, as long as India has a presence there where China is present in a big way, New Delhi is satisfied,” said a source who refused to be identified.