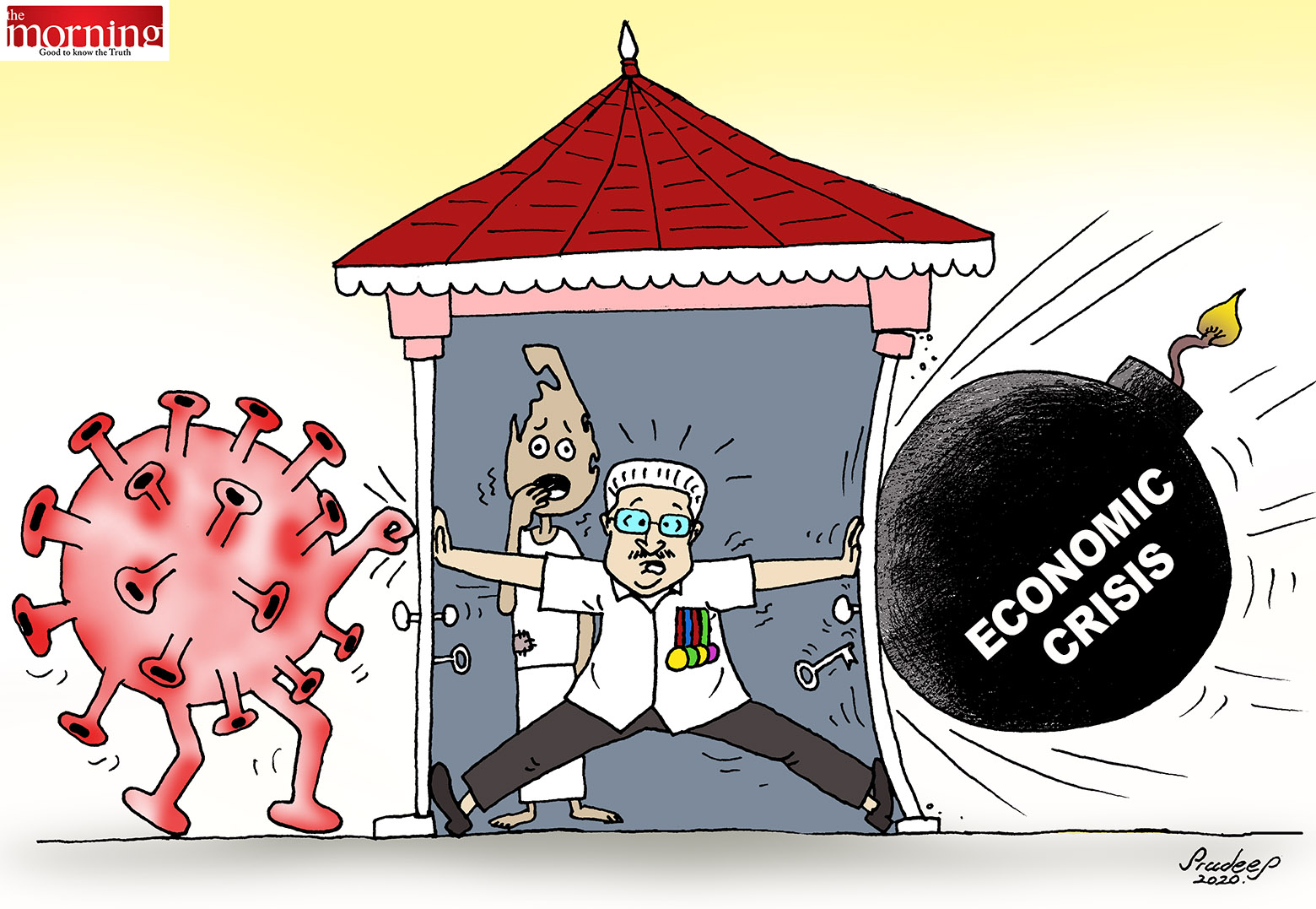 Following the downgrade of the country’s sovereign debt ratings on several occasions, access to foreign capital markets has been severely constrained. Hence, the Government has now turned to bilateral swap agreements to overcome the immediate balance of payments difficulties.

In this background, Secretary to the President and former Treasury Secretary Dr. P.B. Jayasundera is reported to have stated at a recent symposium organised by Biznomics that Sri Lanka’s debt is the “most dramatised story” which is unwarranted given the country’s unblemished track record of repayment.

But it needs to be recognised that the successive Governments have been able to uphold such fame for Sri Lanka not by means of any improvement in the country’s external finances, but by continuously borrowing from abroad risking debt sustainability.

Resolving the country’s debt burden, therefore, remains a major challenge for the authorities, and the debt problem is not a fabricated story but a bitter reality.

Sri Lanka is on the verge of a debt crisis, as pointed out by Prof. Ricardo Haussman, Director, Growth Lab, Harvard University’s Center for International Development at a webinar on debt sustainability hosted by the Adovocata Institute in October last year (See https://www.youtube.com/watch?v=aOJMEhChCwU).

Hausmann, who himself witnessed many debt crises in Latin America including three of them in his own country, Venezuela says that prior to a debt crisis, everything looks calm. But when it happens the repercussions would be disastrous, just like the big bad wolf, initially pretended to be harmless, swallowing the little girl and her grandmother in the fairy-tale ‘Little Red Riding Hood,’ he elaborates.

While emphasising to look at the debt problem from a practical perspective since it is no more a theoretical issue, Hausmann emphasises that the debt burden should be assessed in terms of the ratio of interest payments to tax revenue rather than the popularly used indicator of debt to GDP ratio.

Moreover, the tax revenue to GDP ratio is over 40% in Japan, whereas the ratio for Sri Lanka is as low as 12%.Thus, the fiscal burden of the debt problem is much heavier in the case of Sri Lanka.

At some point of time, the borrowing country becomes not good for the money, and as a result, the lenders started levying higher interest rates to cover the risks. This makes rolling-over of maturing debts costlier thus, aggravating debt service problems.

This is the kind of bad debt dynamics facing Sri Lanka today, as reflected in the substantial under-subscriptions of International Sovereign Bonds and Treasury bills in recent auctions asking for high yield rates by foreign and domestic investors.

State banks have been mobilised to raise borrowing from abroad, and the private sector banks too should go for same, according to Dr. Jayasundera.

Such borrowings will further tighten the debt burden as in the past, since the repayments and interest payments pertaining to such loans have to be met by using the country’s foreign reserves in any case, irrespective of the type of borrower.

Since 2013, commercial banks and blue-chip companies have been allowed to borrow specific amounts of foreign currency from global capital markets. Eventually, the State-owned banks (Bank of Ceylon, NSB, NDB and DFCC) became indirect borrowing sources for the Government.

The outstanding total foreign debt of the Government, Central Bank, financial institutions and other entities amounts to nearly $ 55 billion by now, which is equivalent to as much as 65% of GDP. Five years ago, it amounted to $ 44 billion or 57% of GDP. This reflects the continuous accumulation of foreign debt over the years without showing any signs of debt reduction.

The Government has to settle an International Sovereign Bond of $ 1,000 million in July, and Sri Lanka Development Bonds amounting to $ 1,325 million in August this year.

The debt problem has aggravated due to the difficulties faced by the Government in attracting foreign investors to its dollar-denominated bonds in recent auctions. This restrains the rolling-over of maturing foreign bonds.

Reflecting the investor concerns with regard to Sri Lanka’s credit worthiness, the last two auctions of the Sri Lanka Development Bonds (SLDBs) were heavily undersubscribed.

There is a noticeable increase in yields of recent SLDBs, which again is a reflection of the disturbing concerns among foreign investors on the country’s debt servicing capacity.

As evident from Latin American countries, debt crises are likely to extend to the banking sector heavily exposing themselves to government borrowings.

In the backdrop of the limitations in borrowings from foreign capital markets as explained above, the Government has turned to the domestic bank borrowings.

Bank lending to the Government and public corporations has risen at a rapid pace, as I explained in a previous column (http://www.ft.lk/columns/Bank-credit-to-private-sector-picking-up-at-slow-pace-in-response-to-monetary-easing/4-712502).

Given the significant exposure of Sri Lankan commercial banks to Government securities, the Fitch rating agency is of the view that the operating environment for banks has weakened considerably.

Weakening of the banking sector causes capital flight, which in turn, leads to exchange rate depreciation and to further increase debt servicing costs.

Much publicity has been given with some pride during the last couple of days on the bilateral currency swap agreement between the Central Bank of Sri Lanka (CBSL) and the People’s Bank of China. Under this arrangement, CBSL is entitled for a swap facility amounting to CNY 10 billion (approximately $ 1.5 billion). The agreement is valid for a period of three years.

The swap facility is to be received in Chinese currency, and therefore, it helps Sri Lanka to make payments for imports from China in the same currency without using dollars. Imports from China amounted to nearly $ 4 billion a year, and thus, the swap is sufficient to finance around one-third of Chinese products, and the balance two-thirds will have to be paid in dollars. Hence, the swap does not help very much to improve the country’s reserve position.

Sri Lanka’s debt position has become so acute, that the Government is reported to have sought a swap agreement with Bangladesh.

Against the backdrop of heavy debt repayments and the rise in crude oil import prices this year, the balance of payments is likely to be under severe stress although the export sector shows signs of recovery following COVID-19 pandemic.

Meanwhile, the CBSL has imposed several regulations forcing exporters to convert a part of foreign exchange earnings, and some of those rules had to be withdrawn due to their adverse effects on the export sector hit by the pandemic.

While the interim measures such as import restrictions and mandatory remittance conversion supported by swap arrangements may ease the balance of payments tensions in the short run, far-reaching economic reforms are essential to attain debt sustainability.

It is the prime responsibility of the authorities to accept the gravity of the debt problem and to address it with corrective policy measures, instead of denying the impending debt crisis.

(Prof. Sirimevan Colombage is Emeritus Professor in Economics at the Open University of Sri Lanka and Senior Visiting Fellow of Advocata Institute. He is former Director of Statistics, Central Bank of Sri Lanka and reachable through sscol@ou.ac.lk)