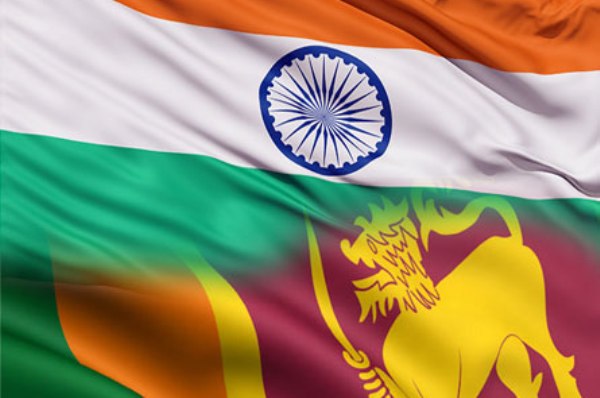 Colombo has not responded, and is unlikely to respond, to New Delhi’s strong demarche earlier this week over the death of four fishermen on board an Indian poaching vessel which sank off

Sri Lanka’s northern Delft Island after a mid-sea collision with a
Sri Lanka Navy boat. The Foreign Ministry said it had no statement and that the matter would be under the Attorney General’s (AG’s) Department, the Defence Ministry or the Fisheries Ministry. The AG’s Department also had no response. The Defence Ministry said its position was contained in Navy media statements which largely offered details of the incident.

“The death of the fishermen is a very tragic incident,” Fisheries Minister Douglas Devananda told the Sunday Times. “We need to resolve this urgently to ensure the livelihood and safety of the fisher communities of the two countries without aggravating the issue with incidents like this.’

He was assigned his portfolio to bring about a solution to the longstanding dispute, the Minister pointed out. But despite several attempts and discussions, there has been no finality. The matter was even raised during the visit to Colombo earlier this month of Indian External Affairs Minister S. Jaishankar.

Minister Devananda, too, had no specific reply to India’s demarche. But his office this week appointed a three-member committee headed by the Ministry Secretary to look into illegal fishing activities by Indian fishermen in Sri Lanka’s territorial waters and to suggest measures to protect the fish stock from harmful fishing methods–mainly bottom trawling, a fishing method designated as illegal, unreported and unregulated (IUU).

The contents of the demarche, which is a petition or protest presented through diplomatic channels, were identical to the statement subsequently released by the Indian Ministry of External Affairs (MEA), authoritative sources said. It was delivered via Sri Lanka’s Acting High Commissioner in New Delhi while the Indian mission in Colombo also lodged a protest with the Foreign Ministry in Colombo.

It expressed “deep anguish” over the incident and called for issues pertaining to fishermen to be dealt with in a humanitarian manner. “Existing understandings between the two governments in that regard must be strictly observed. Utmost efforts should be made to ensure that there is no recurrence,” it said.

The Navy earlier said there were around 50 trawlers in Sri Lankan waters that night. One of these “with aggressive manoeuvres resisting the arrest” collided with the Navy craft, lost stability and sank. The Navy vessel was also damaged. The clash occurred just 15km North-East of Delft Island.

“It is quite evident that Indian fishing trawlers poaching in Sri Lankan waters are making aggressive manoeuvres resisting their arrest by SLN [Sri Lanka Navy] units time and again,” the Navy said. “In such backdrop, Sri Lanka Navy on a number of early occasions had informed Indian authorities to make the Indian fishermen aware of the vulnerability attached to such acts performing with scant regard.”

Meanwhile, agitating Indian fisher groups in Rameswaram have cancelled a planned march to Katchchativu Island yesterday after an Indian Union Minister, Dairying Giriraj Singh, assured them there would be no recurrence of such incidents. He told fisher leaders that India took up the issue with the Sri Lankan Government in ‘strong terms’ and assured safety in the future.

Fishermen were to go towards the island with black flags, protesting the continuing arrests of Indians by the Sri Lankan Navy and claiming they had a traditional right to fish around that area.

Rameswaram Fishermen’s Association President P. Sesuraja told the Sunday Times: “This is totally unacceptable. We have strong suspicions on the death of our fishermen. That’s why we have requested that those bodies should be subjected to re-post-mortem here in India after we saw their condition.”

The Sri Lankan refugee who died is 28-year-old Samson Darvin from Gurunagar in Jaffna. His family was displaced to India during the final phases of the war in 2009 and lived at the Mandapam refugee camp in Rameswaram. They have requested Indian authorities to have his body repatriated to India. Jaffna Magistrate A. Peter Paul issued a directive to conduct post-mortem examinations on all the deceased before the bodies were sent back to India through the Indian Coastguard yesterday morning.