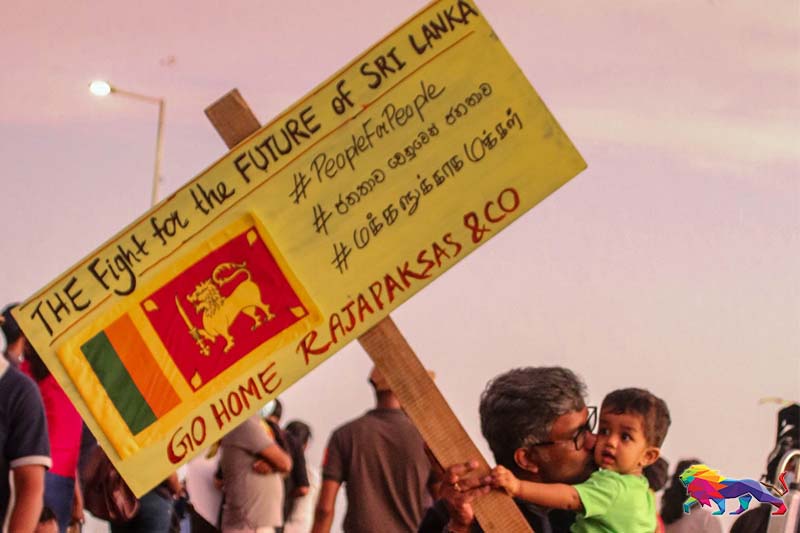 A massive people’s protest is planned for Saturday July 09 in Colombo, Sri Lanka, demanding the resignation of President Gotabaya Rajapaksa and his government as the country goes through its worst fuel crisis on record.

Social media chatter on the protest indicates that citizens from around the country have been advised to congregate in Colombo in what the organisers claim will be the “greatest uprising in the history of Sri Lanka”.

Anuruddha Bandara, a youth activist who was recently arrested in connection with a protest and was subsequently released, said in a tweet that organisers are “trying their best” to get opposition parties Samagi Jana Balavegaya (SJB), Janatha Vimukthi Peramuna (JVP) and others onboard.

They are “almost in”, he said.

Sri Lanka is in the throes of the worst economic crisis in its 74-year post-Independence history, with unprecedented forex shortages leading to crippling shortages of essentials including fuel. A wave of protests, referred to as the Aragalaya (or struggle), demanding President Rajapaksa’s resignation began in April, culminating in an Occupy Wall Street-style permanent agitation site named GotaGoGama (Gota Go Village) right outside the presidential secretariat near Galle Face, Colombo.

Things took a turn when supporters of former Prime Minister Mahinda Rajapaksa launched an unprovoked attack on peaceful protestors at GotaGoGama (GGG) and its sister site MynaGoGama (aimed at the then PM) on May 09, which triggered a storm of retaliatory mob violence against government ministers, MPs and their backers. One ruling party MP was killed.

The Galle Face protests have since reduced in intensity and crowd strength, particularly following incumbent Prime Minister Ranil Wickermesinghe’s replacement of Mahinda Rajapaksa. But skyrocketing commodity prices and a worsening fuel situation that’s resulted in miles-long queues for petrol have seen a quiet resurgence of public anger against the government.

Organisers expect the July 09 protest to rejuvenate the Aragayala.

However, with ongoing fuel shortages and public transport functioning at significantly reduced capacity, it is unclear how the organisers will be able to mobilise people from around the island.

Chaminda Dias, a protest organiser in Thimbirigasyaya, Colombo, said the July 09 will be an acid test.

“Our plan is to mobilise with the protestors at GGG. Since Wickremesinghe was appointed, there have been attempts made to dilute the protests, to silence it and whatnot. So July 09 will be a sort of acid test to see if people have the determination, if they have the strength to come out.

“The government will be watching of course, and we have to show that we are not frightened,” he said.