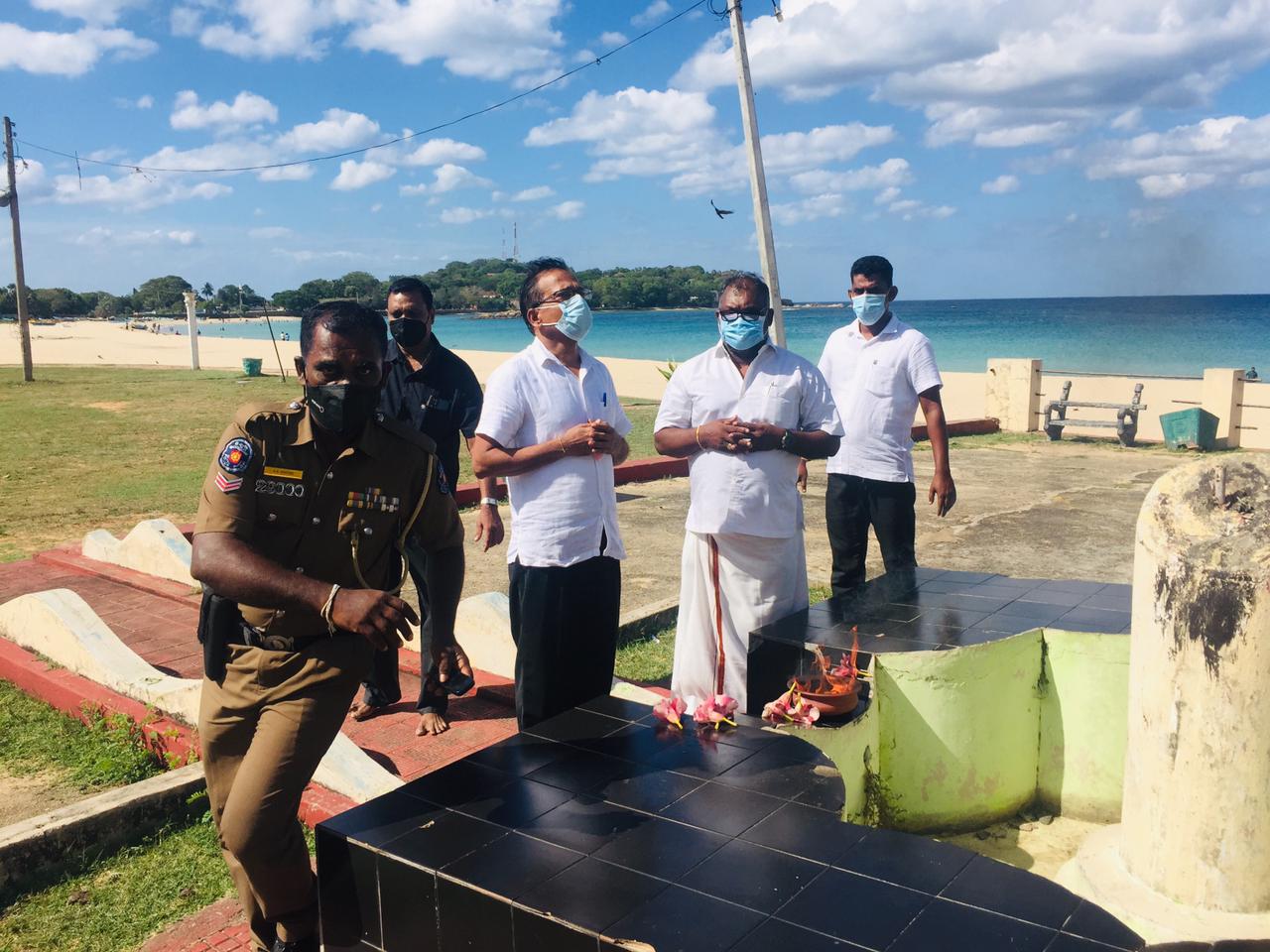 The 53 Tamil political prisoners massacred in Welikada prison 38 years ago were remembered in Trincomalee on Sunday (25-07-2021) despite a police ban.

Attendees, including TELO Secretary General and MP for Batticaloa Govindan Karunakaran, defiantly laid flowers for the victims of the massacre, as a Sri Lankan police officer attempted to obstruct the service.

The remembrance event organised by the Tamil Eelam Liberation Organization(TELO), was held at the Welikada Martyrs’ Memorial on Trincomalee beach.

On the 25th July 1983 Sellarasa “Kuttimani” Yogachandiran, leader of the Tamil Eelam Liberation Organisation (TELO) and Ganeshanathan Jeganathan, a political writer, had their eyes gouged out in mockery before being killed by Sinhalese inmates at the high security Welikada prison in Colombo. A total of 37 Tamil prisoners were murdered the same day, and 18 more were killed two days later.

“It is the massacres in the Welikade gaol which are attracting the most attention. There is a particular interest in circumstances in which two alleged guerrilla leaders were killed.

The two men, Sellarasa “Kuttimani” Yogachandiran, leader of the Tamil Eelam Liberation Organization (TELO) and a political writer, and Ganeshanathan Jeganathan had been sentenced to death last year for the murder of a policeman.

In speeches from the dock, the two men had announced that they would donate their eyes in the hope that they would be grafted on to Tamils who would see the birth of Eelam, the independent state they were fighting for.

Second hand reports from Batticaloa gaol, where the survivors of the Welikada massacre are now being kept, say that the two men were forced to kneel and their eyes gouged out with iron bars before they were killed.

Along with TELO Secretary General Kuttimani and TELO Founder Thangathurai, the Tamil prisoners who were massacred in Welikada on 25th July 1983 were: 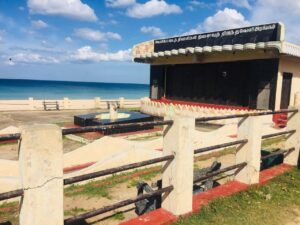 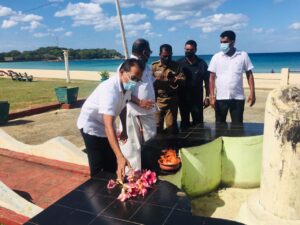 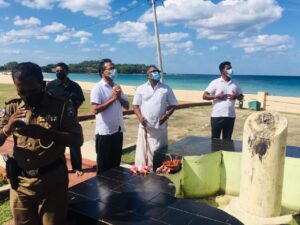 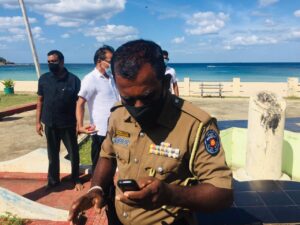 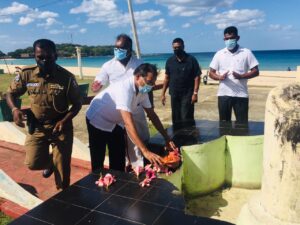 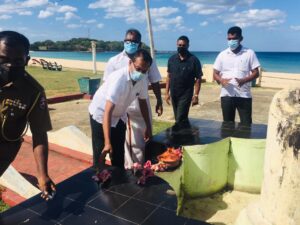 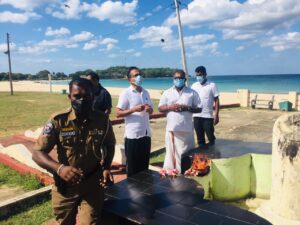