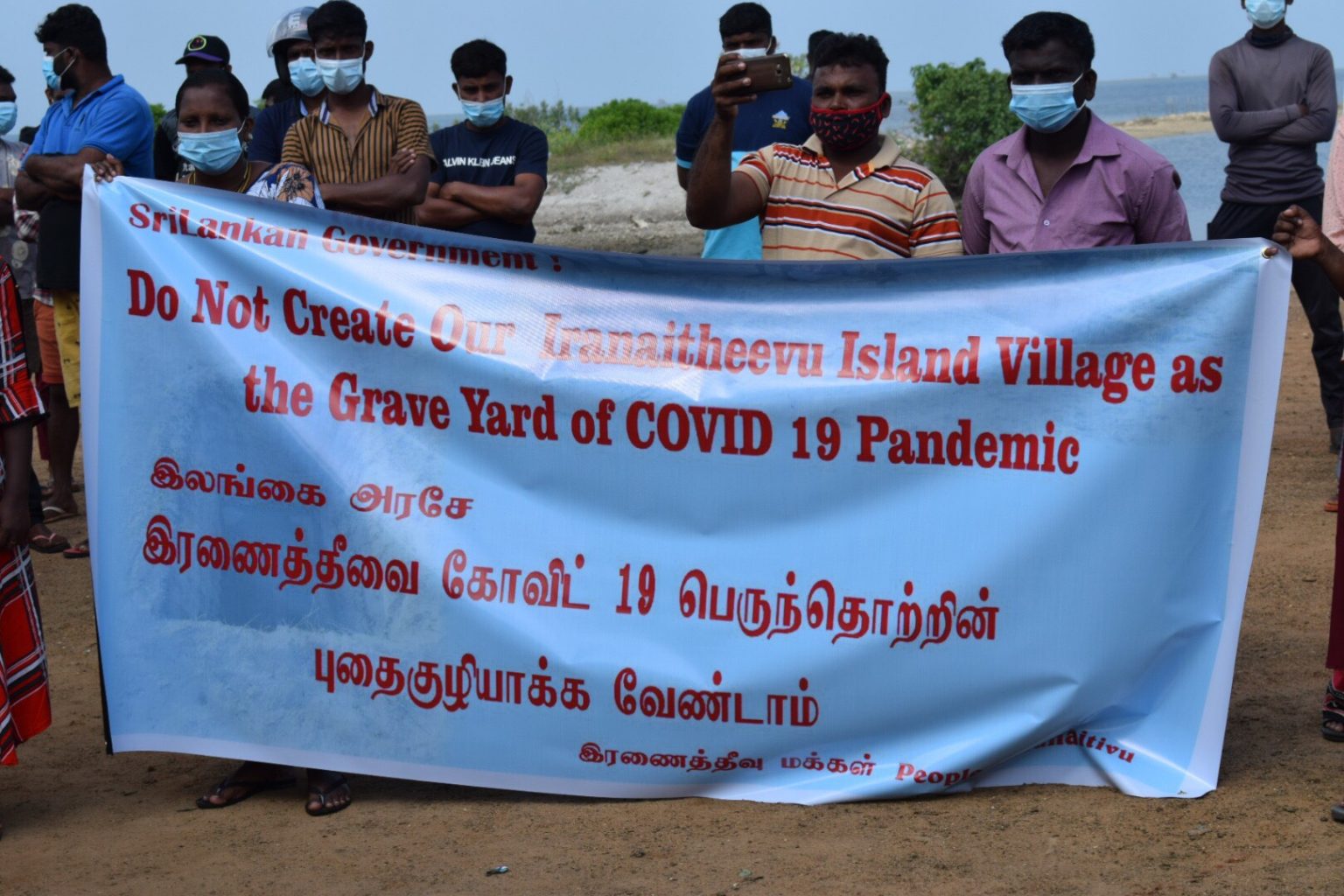 A group of journalists including The Morning reporter who went from Colombo to report on proposed Covid-19 burial related developments in the Iranaitheevu Island have been prevented from entering the Island today (05) morning.

Human rights activist Ruki Fernando who is also at the location said that Navy personnel have blocked him and the journalists at Iranaimathanagar from visiting the Iranaitheevu Island.

A group of locals and a priest had requested the group to visit the Island. Fernando said that no rational reason was given by the authorities as to why they are prevented from entering.

“When contacted, Cabinet Spokesman and Mass Media Minister Keheliya Rambukwella said that he was not aware of the situation and would look into it. The District Secretary of Kilinochchi said that she was at a meeting and will get back to us. I already complained to the Human Rights Commission of Sri Lanka’s office in Jaffna and Colombo,” he told The Morning.

He said that if there is a law or regulation that prevents entry, they will abide by the law. “But we haven’t been given any reason yet,” he said.

Meanwhile, Navy Media Spokesperson Captain Indika De Silva said that only the residents are allowed entry to the Island.