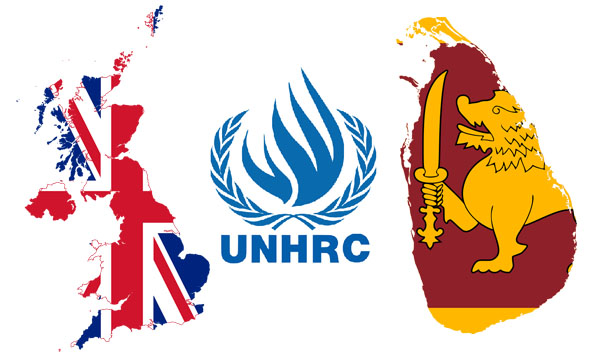 Several new countries have co-sponsored the UK-led Core Group resolution on Sri Lanka, with voting scheduled for 6 October 2022 at the 51st Session of the United Nations Human Rights Council in Geneva.

Last year the resolution was passed on Sri Lanka with 40 countries voting in favour of the resolution 46/1 and it is speculated there would be more countries supporting the resolution this time too. The GoSL rejected that resolution altogether and criticised the Office of the High Commissioner of Human Riths (OHCHR) recommendation of an evidence-gathering mechanism, a measure that was strongly opposed by Sri Lanka.

The draft of the resolution that would be taken for voting recognised the severe economic crisis that has affected Sri Lanka since late 2021, exacerbated by the coronavirus disease (Covid-19) and the profound impact that this has had on the people of Sri Lanka, including women-led households.

Also, the draft resolution underscores the importance of addressing the underlying governance factors and root causes that have contributed to that crisis, including deepening militarisation, lack of accountability in governance and impunity for serious human rights violations and abuses, which remains a central obstacle to the rule of law, reconciliation and sustainable peace and development in Sri Lanka.

The Government has held a series of meetings with the UN member countries that have voting rights to vote in favour of the Sri Lankan government.

Currently, the GoSL and the Tamil Diapora are lobbying to favour them at when the resolution is taken up for voting while several international rights groups, like the Human Rights Watch have been pushing for a strong resolution on Sri Lanka to address the alleged human rights violations.