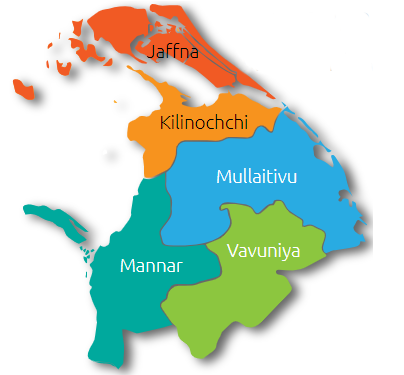 Due to the severity of the economic crisis and the lack of household finances, there has been an increase in the number of children being admitted by their families to children’s homes in the Northern Province.

Statistical data provided by the Child Care and Probation Department of the Northern Province has revealed that as of June 2022, some 246 children have been sent to children’s homes in the Northern Province as a result of the ongoing economic crisis, which has left parents grappling with financial instability, rendering them unable to provide for their children.

Speaking to The Morning yesterday (26), Northern Province Commissioner of Child Care and Probation Guruparan Rajendran said that the economic crisis functions as both the direct and indirect factor behind children in the North being sent to children’s homes, since their parents are no longer capable of providing for them.

He also noted that the provincial funds allocated for child care and probation had not been released from the General Treasury due to the financial challenges faced by the Government.

“There is inadequate funding to support and maintain these children and therefore, the Child Care and Probation Department has had to opt for the option of sending them to homes,” he added.

Due to the severity of the economic crisis, mothers are heading abroad to work in foreign countries. There is no security for the children, especially girl children, and therefore, there has been an increase in the numbers of children being admitted to homes, he noted.

Rajendran stated that when parents lose their jobs, they are prone to financial difficulties and are unable to maintain their children.

He noted that under the National Alternative Care Policy, children are supported and maintained if their biological families are unable to do so.

This policy was formulated based on the Convention on the Rights of the Child and the Constitution of Sri Lanka. It states that sending children to homes should be the final option, he elaborated.

“The institutionalisation of children and sending them to homes should be the last option. But we are sending children to homes as the first option due to the lack of funds,” he explained.

He further added that an allocation from the Provincial fund would normally be provided for child care and probation through the General Treasury, but the sudden economic crisis has affected this procedure, affecting the availability of funds.

“We do not want our first resort to be sending children to a home, as it should be the final option. We use the Provincial funds to prevent the institutionalisation of children and to assist families to provide for their children,” he added.

This fund is also allocated for the reunification of children with their families, he noted.

“Since there have not been allocations provided to the Northern Province, we are facing difficulties in providing for the children. It is a tremendous challenge for us to prevent the institutionalisation of children,” he added.

According to the current statistical data provided by the Child Care and Probation Department of the Northern Province, there are 1,529 children in 37 registered child development centres, while 689 children are cared for by guardians as they are orphans.