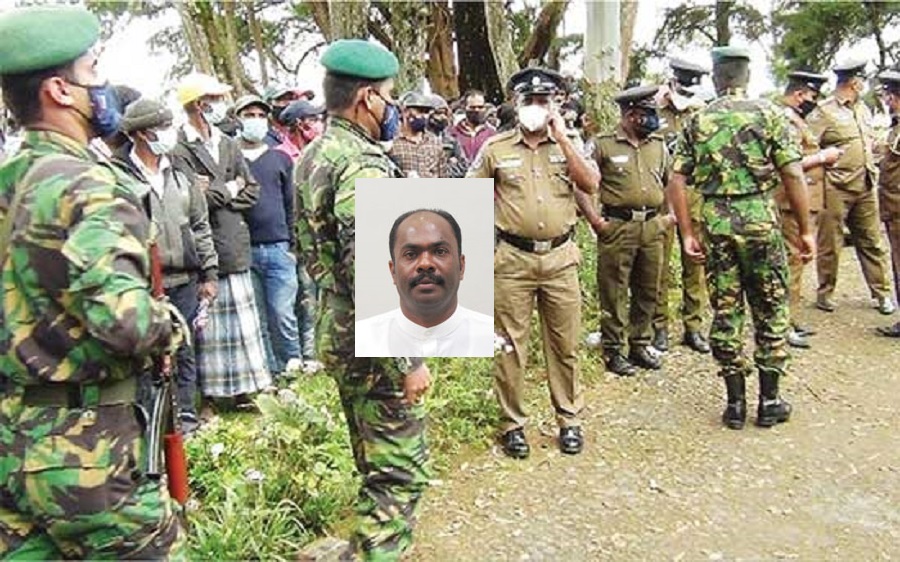 Expressing the unanimous and unreserved condemnation of all 21 Regional Plantation Companies (RPCs) the Planters’ Association of Ceylon issued a statement decrying the shocking violence instigated by Member of Parliament (MP) M. Rameshwaran at Park Estate in Kandapola on 17th January 2021.

The Association called for an impartial investigation and swift justice following a brutal mob attack which resulted in a Trainee Assistant Superintendent being hospitalized at the Nuwaraeliya General Hospital. The victim of the assault was reported to have received severe injuries and was undergoing respiratory difficulties as a result of the assault perpetrated against him by a mob that was transported from outside of the region in two busses facilitated by the said MP.

The PA also called for further investigations in order to ascertain the extent of damage done to the Estate Manager’s Bungalow and grounds – all of which are classified as state property of significant historical value.

“The conduct of MP Rameshwaran is utterly disgraceful and totally unacceptable from any citizen, let alone a duly elected representative of the people of Sri Lanka. We call on legal authorities to uphold the rule of law and take swift action in order to ensure that the perpetrators of this brutal attack are immediately arrested, charged for their violent and illegal actions, and prosecuted to the fullest extent of the law,” the PA stated.

The attack took place following a phone call made by MP Rameshwaran to the Estate Superintendent wherein the MP demanded an immediate meeting on Sunday 17th January 2021 around 5.30PM.

The Estate Superintendent had calmly and politely suggested an alternate date, given that he was on leave at that moment and driving to Kandy in order to urgently purchase essential cancer medication for his father in-law.

Dissatisfied with this response, MP Rameshwaran had lashed out in a crude verbal assault against the Estate Superintendent who hung up the call. Thereafter MP Rameshwaran coerced workers at the estate to give him the Estate Superintendent’s wife’s number, whom he also verbally abused in extremely foul language unbecoming of a MP. This phone call had multiple witnesses.

Subsequently, MP Rameshwaran, together with Pradeshiya Sabha Chairman, Mr. Yogaraj, travelled directly to the estate with two busses full of people from outside the region in order to gather a mob and incite them to violence. At around 5.30 pm MP Rameshwaran and Mr. Yogaraj forcibly and unlawfully entered the bungalow premises with the mob.

A young Trainee Assistant Superintendent who was present on the premises at the time and had tried to de-escalate the sudden tense situation was brutally assaulted by the mob led by MP Rameshwaran. Following the vicious assault, MP Rameshwaran and his thugs prevented anyone from entering or exiting the premises. Instead they unlawfully detained those present, including the assault victim who was denied any medical attention or assistance for at least 5 hours after the brutal assault took place.

Following the intervention of the Police Special Task Force and local police, the Trainee Assistant Superintendent was finally removed from the premises under armed escort and immediately transported to the Nuwara Eliya base hospital where he remains hospitalized at present. As a result of the grievous assault led by MP Rameshwaran, the victim is still recovering from severe contusions and suffering from respiratory distress and other multiple injuries.

In the meanwhile, MP Rameshwaran and the mob continued the unauthorized and unlawful occupation of the bungalow premises for over 24 hours, burned rubber tires, damaged building structures, and also compelled workers from the estate, as well as surrounding estates of the company to stage a strike – resulting in loss of wages to workers and revenue to the company.

“At a time when RPC’s are making every possible endeavour to keep the industry and our national economy afloat by managing the estates in a manner that safeguards the livelihood of the plantation community, these kinds of random violent outbursts have undone a lot of our efforts, and will ultimately hurt the workers most.

“This is true financially, but in the context of a global pandemic, the foolish actions of the MP have also seriously increased the risk of COVID transmission in the very communities he is supposed to represent. While RPCs had taken every possible measure to protect them from these risks, the conduct of MP Rameshwaran may have severely compromised their safety. This is utterly inexcusable, in addition to being totally illegal. He must not be allowed to break the law with impunity. We hope that his standing as a Member of Parliament will not be an impediment to him being brought to justice,” the PA stated.