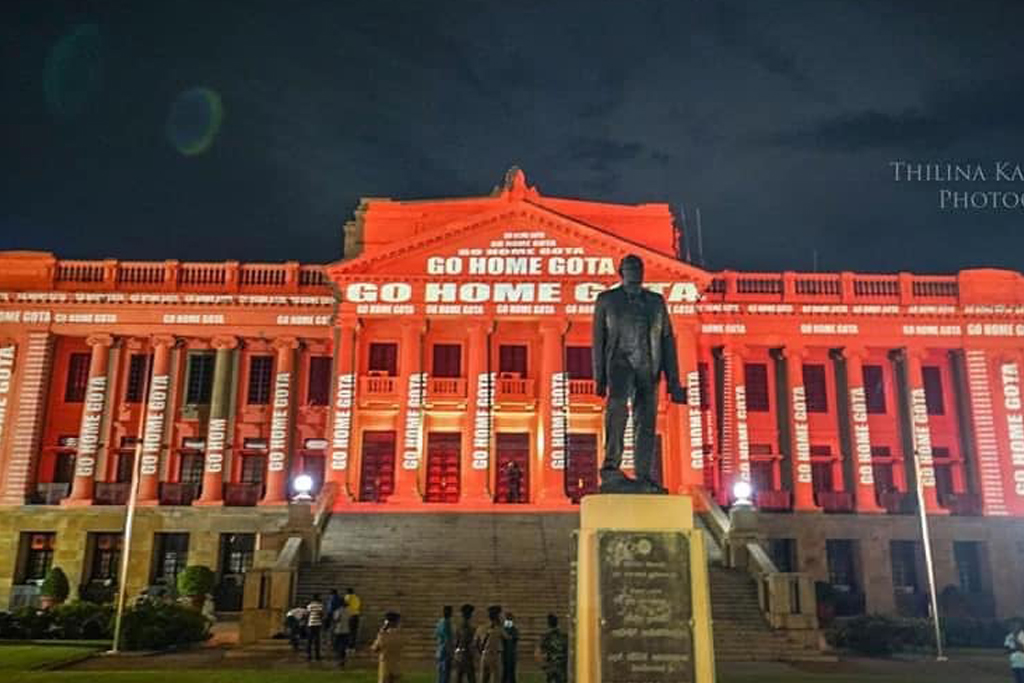 The police have launched extensive investigations over the involvement of some politicians who had encouraged some ‘protester’ groups to overthrow the government by forcefully occupying Parliament and preventing a vote to elect a new President following the resignation of former President Gotabaya Rajapaksa in July.

Highly placed sources told Daily Mirror that these politicians had even brokered talks with the parties involved and investigations are being carried out into their actions.

The Daily Mirror learns that despite reports that last week’s gazette declaring high-security zones in Colombo will be reversed,the government will brief the Supreme Court in the coming days over the purpose of why the HSZ’S are required and why the sites listed need to be protected.

Sources said that according to information received by the investigators which will be communicated to the Supreme Court is the second phase of the ‘operation’ following the July 9 public protest.

This was by a group posing themselves as protesters, and that was to surround and take over Parliament to prevent the MPS from electing a new President following the forceful exit of Gotabaya Rajapaksa.

Investigators were informed that the group had also planned to surround the Supreme Court.

It was based on this information that the security authorities had recommended the setting up of HSZS in several key areas including the Supreme Court.

However as the Supreme Court had not been consulted in the process, the relevant authorities will now consult the Supreme Court and seek its advice over the establishment of these HSZS to ensure an unhindered administration, sources said.