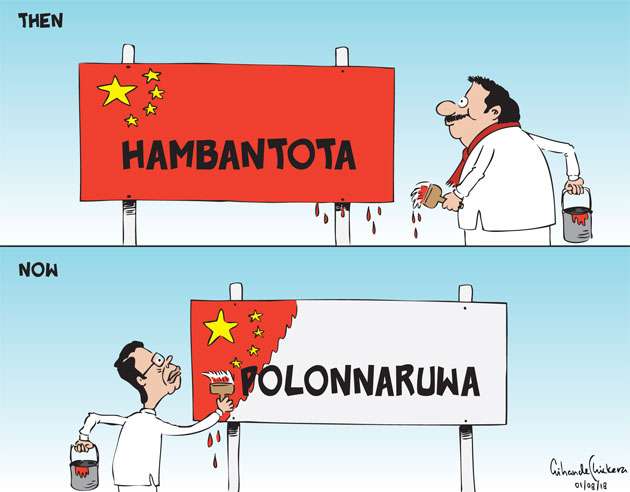 The JVP yesterday warned that Colombo Port City area was going to be another province of China if Parliament passed the proposed legislation for a Colombo Port City Commission, providing for sweeping tax breaks, tax-free salaries and to be an offshore financial centre.

Addressing the media at the party headquarters in Pelawatte, JVP leader Anura Kumara Dissanayake said that the draft bill, titled Colombo Port City Commission Bill, presented to Parliament by the government sought to exempt the Port City from the administrative control of any existing local government body. “Local government bodies consisting of people’s representatives have the administrative control of their respective local government areas. But the Port City is going to be under a Commission,appointed by the President. The members of that commission are going to enjoy immunity and none of them could be brought before a court of law of this country. The Commission is to be given special financial powers to maintain a separate fund

“Usually, the government’s revenue goes to the Consolidated Fund and approval of Parliament is needed for withdrawals from the Fund, but the Post City Commission is to be given powers to maintain a separate fund, separate independent of the Consolidated Fund. The proposed Commission is also expected to have powers to grant tax exemption. It is Parliament which has such powers. The financial affairs of the Port City will not come under the auditing of the Auditor General. It is proposed to hand over that task to private auditing firms. None of these instiutions are answerable to Parliament. It has been proposed to pay the salaries of workers in the Port City in foreign currency. It could be Yuan. The government with a two-thirds majority could rush this legislation through the House.”