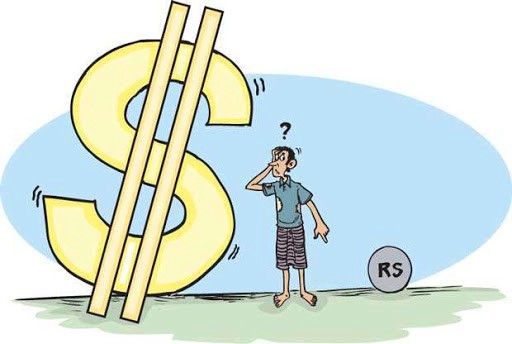 The Sri Lankan rupee has depreciated by an unprecedented 44.3 percent against the US dollar as of yesterday, following the sudden decision taken by the previous Central Bank administration to float the currency on March 7.
The Central Bank noted that rupee which was kept fixed around Rs.202-203 per US dollar till early March had recorded a substantial decline following the decision to let it go by former Central Bank Governor Ajith Nivard Cabraal.

“The subsequent market adjustment due to heightened pressure in the domestic foreign exchange market resulted in an overshooting of the exchange rate.
Accordingly,during the year up to 12 May 2022, the rupee recorded a depreciation of 44.3 percent against the US dollar,” the Central Bank said.

Meanwhile, reflecting cross-currency movements, the Sri Lanka rupee also depreciated against the euro, the pound sterling, the Japanese yen, the Australian dollar, and the Indian rupee by 40.1 percent,38.6 percent 37.2 percent, 41.8 percent and 42.1 percent, respectively as at May 12.