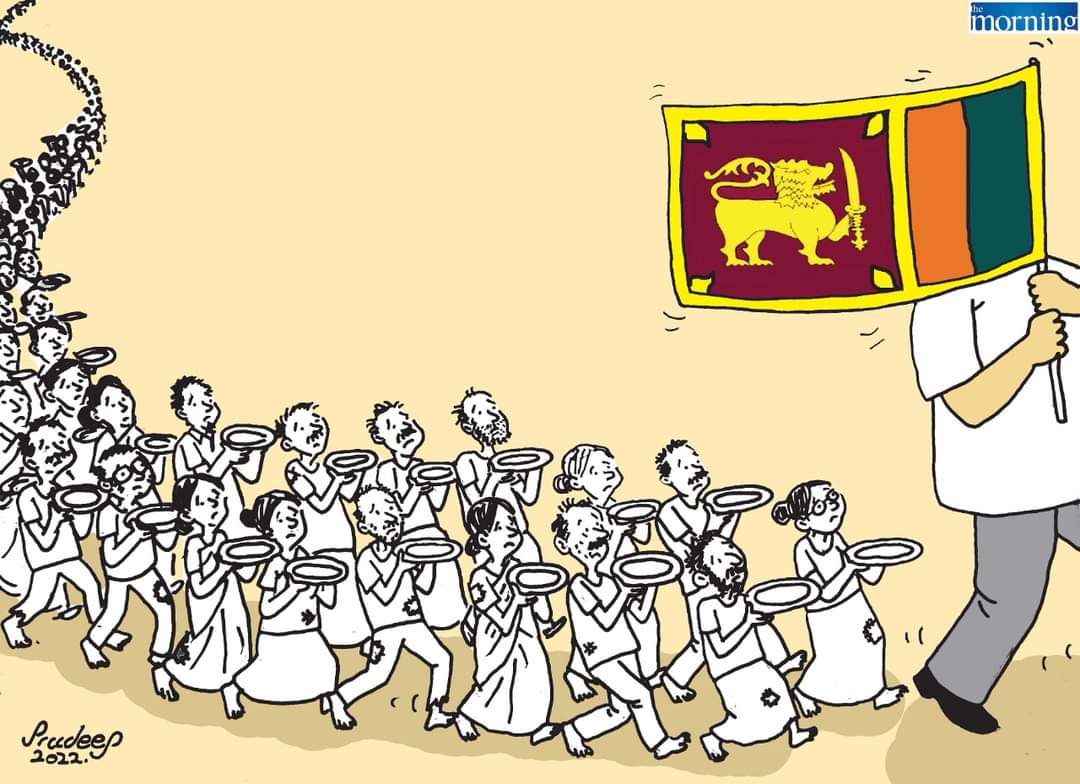 Sri Lanka Freedom Party (SLFP) Parliamentarian Duminda Dissanayake on Friday said President Gotabaya Rajapaksa achieved something in two and a half years that LTTE Leader Velupillai Prabhakaran had tried and failed to do in 30 years – ruin the country’s economy.

“Velupillai wanted to bring this country’s economy to its knees. That is why he launched attacks in Colombo and committed so many other acts. But we understand now that President Gotabaya Rajapaksa did in two and a half years what Prabhakaran could not do in 30 years,” he told a media conference in Colombo. The MP launched a scathing attack on the President and called for all parties to unite to bring down the current government.

Mr Dissanayake seems to be suffering from selective amnesia, for he made no mention of the fact that he and his SLFP colleagues were at the forefront of campaigning for Gotabaya Rajapaksa during the 2019 Presidential election. There was also no mention of how the SLFP aligned itself with the Sri Lanka Podujana Peramuna (SLPP) during the 2020 Parliamentary elections, and how its MPs including Mr Dissanayake contested under the SLPP’s pohottuwa symbol and having won, voted for the 20th Amendment to give the President almost absolute power. Even now, some members of Mr Dissanayake’s party hold Cabinet portfolios in the current government.

Speaker speaks out: Advises media to black out blaggard MPs

Speaker Mahinda Yapa Abeywardena has appealed to the media not to give publicity to unruly behaviour and crass speeches made by MPs in Parliament.

He made the request during a one-day workshop held for Parliamentary correspondents.

The Speaker said young MPs could learn much from going through speeches made by famous MPs such as Dr. N. M. Perera and Dr. Colvin R. de Silva, adding that he had instructed officials at the Parliament library to collect such speeches and provide copies to MPs.

The Speaker made no secret of how he felt about the quality of speeches made by MPs in the House to date.

“How many even stick to the topic they are supposed to be speaking on,” he asked.

The more publicity the media gives to vituperative speeches and unruly behaviour, the more emboldened those MPs would be to keep doing it because they are assured of more publicity, the Speaker said. Even former Speaker Karu Jayasuriya lamented on the quality of speeches and standard of behaviour of MPs of the previous Parliament.

It seems the voters keep sending the wrong people to represent them in the national legislature, or they have Hobson’s Choice considering the candidates presented to them by the different political parties.