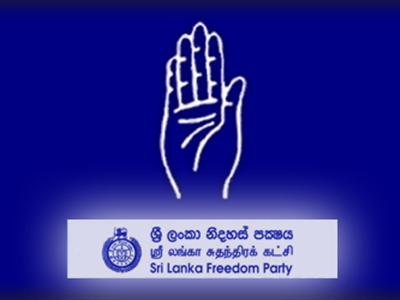 The Sri Lanka Freedom Party (SLFP) today announced that the parliamentarians of the party who have accepted ministerial positions in the current government have been removed from all party positions they held.

General Secretary of SLFP, Member of Parliament Dayasiri Jayasekara told media that the party has decided to remove those MPs who have taken government and state ministerial positions against the opinion of the party from their posts in the party.

The General Secretary also mentioned that party chairman and former president Maithripala Sirisena has informed them through letters that six people who have obtained positions in the government will be removed from all the positions they held in the party.

It is stated that those MPs have acted against the decision taken by the Sri Lanka Freedom Party Central Committee not to get any position in the current government.

Accordingly, senior vice presidents of the party, ministers Nimal Siripala de Silva and Mahinda Amaraweera, party treasurer Lasantha Alagiyawanna, deputy secretaries Ranjith Siyambalapitiya, Chamara Sampath Dasanayake, and Jagath Pushpakumara, who were appointed as state ministers have been removed from all posts of the party they held and from the membership of the Sri Lanka Freedom Party Central Committee, Jayasekara said.

He mentioned that this decision was taken as the first step against them and no decision has been taken to expel them from the party membership so far.

The General Secretary said the state ministers Shanta Bandara and Suren Raghavan, who got positions in the government, were also removed from the positions they held in the party earlier.