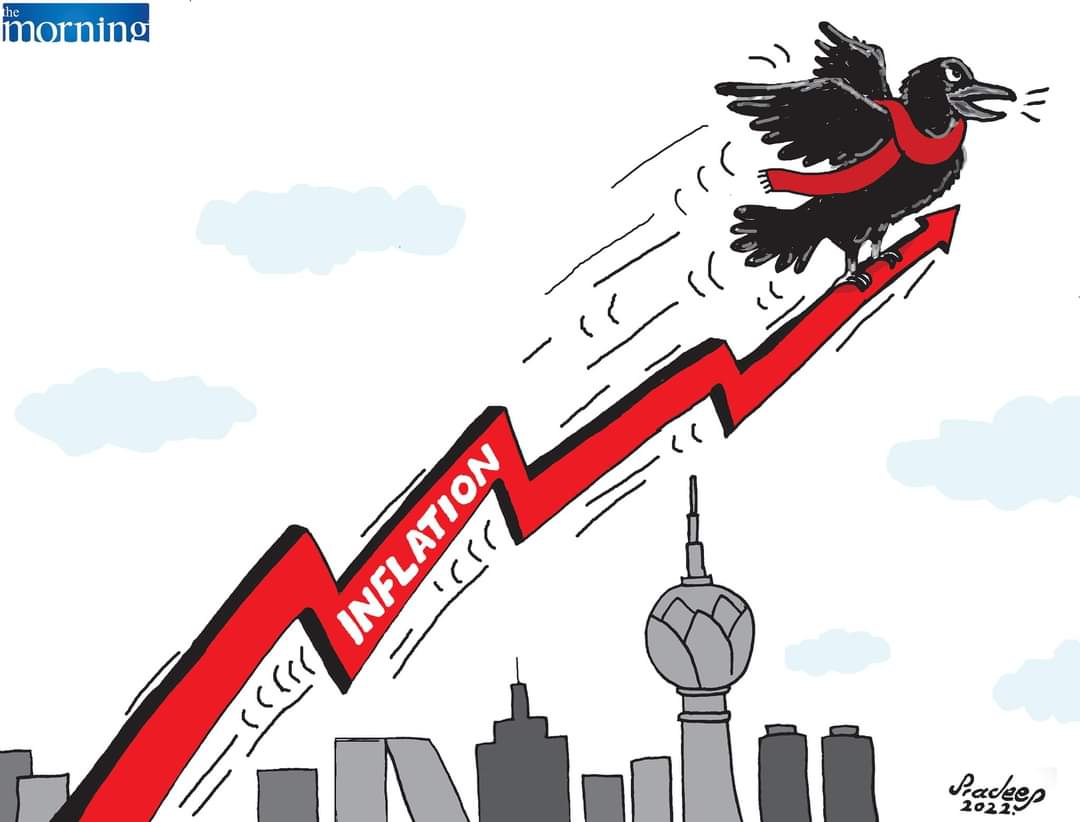 Sri Lanka’s inflation in the capital Colombo accelerated to 69.8 percent in September 2022 from 64.3 percent a month earlier, data from the state statistics office showed amid the worst currency crisis in the history of the island’s intermediate regime central bank.

Food prices were up 94.9 percent in the last 12 months. Food prices are up 120 percent from January 2020 when Sri Lanka began to print money aggressively after cutting taxes in December 2019.

Sri Lanka’s central bank has allowed interest rates to go up and private credit is now negative. Attempts are also made to minimize the budget deficit with high taxes and state enterprise credit is also contained with utility price hikes.

Currency crises intensified from around 2014 when aggressive open market operations were unleashed to suppress rates in an ill-fated infaltion targeting exercise despite having a reserve collecting peg.

Sri Lanka cut taxes and printed large volumes of money to suppress rates in a ‘stimulus’ from 2020 ultimately driving the country to default.

Food prices are up 120 percent from January 2020 when Sri Lanka began to print money aggressively after cutting taxes in December 2019. Adding to the inflation is money printing by the Federal Reserve which had fired the highest price rises in 40 years.

Bad US and European policy in a resurgence of mercantilism also led to bad policy across countries.