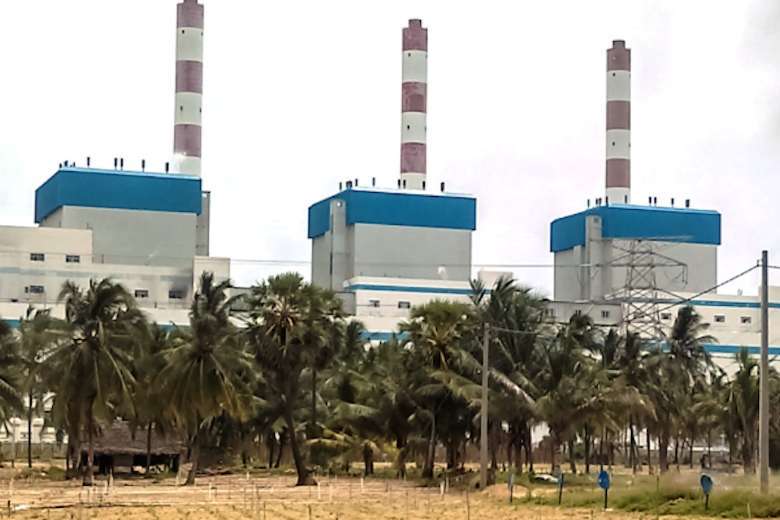 A Catholic bishop has criticized the largest power station in Sri Lanka for emitting carbon and causing environmental damage.

“The toxic gas emitted from the plant has increased the risk of cancer and lung disease of people in the area,” said Bishop Mendis during his sermon on Aug. 1.

“Responsible people around the world say they have decided to phase out carbon emissions by 2050 because it is so poisonous to human life.”

The Catholic Church and environmentalists have urged the government to shut down the power plant and to generate electricity using alternative sources.

The plant was completed in 2014 by a Chinese company with the financial assistance of the Exim Bank of China.

It has been decided to stop the use of carbon in Sri Lanka in another nine years by 2030
Today, in addition to waste disposal, serious problems have arisen regarding the storage and condition of coal, the basic raw material required for the operation of the plant.

“It has been decided to stop the use of carbon in Sri Lanka in another nine years by 2030,” said Bishop Mendis.

“Global warming is also increasing due to the release of carbon into the universe.”

Farmers and fishermen in the area say they are facing serious health problems caused by the plant.

Bishop Mendis was speaking at St. Anne’s Church in Talawila, close to the power plant, in a service to mark the feast of St. Anne

Sadamali Niroshika, a Sunday school teacher from Chilaw, said that due to improper storage and disposal of coal, the air in villages near the plant contains coal dust and ash.

“The air and water are polluted when coal dust and waste ash are mixed into the environment.”

When the wind blows, the ash scatters like dust
An officer from the Electricity Board claimed that coal dust is everywhere in the surrounding area.

“When the wind blows, the ash scatters like dust. We now cover the entire area with sheets about 45 feet high,” said the officer who asked to remain anonymous.

“The ash is used in the manufacture of bricks and cement.”

“Such conditions have already been reported around Norochcholai,” said Malcolm.

“Today, these plants are considered to be one of the major pollutants in the world. It is an outdated technology and has been phased out in many countries.”