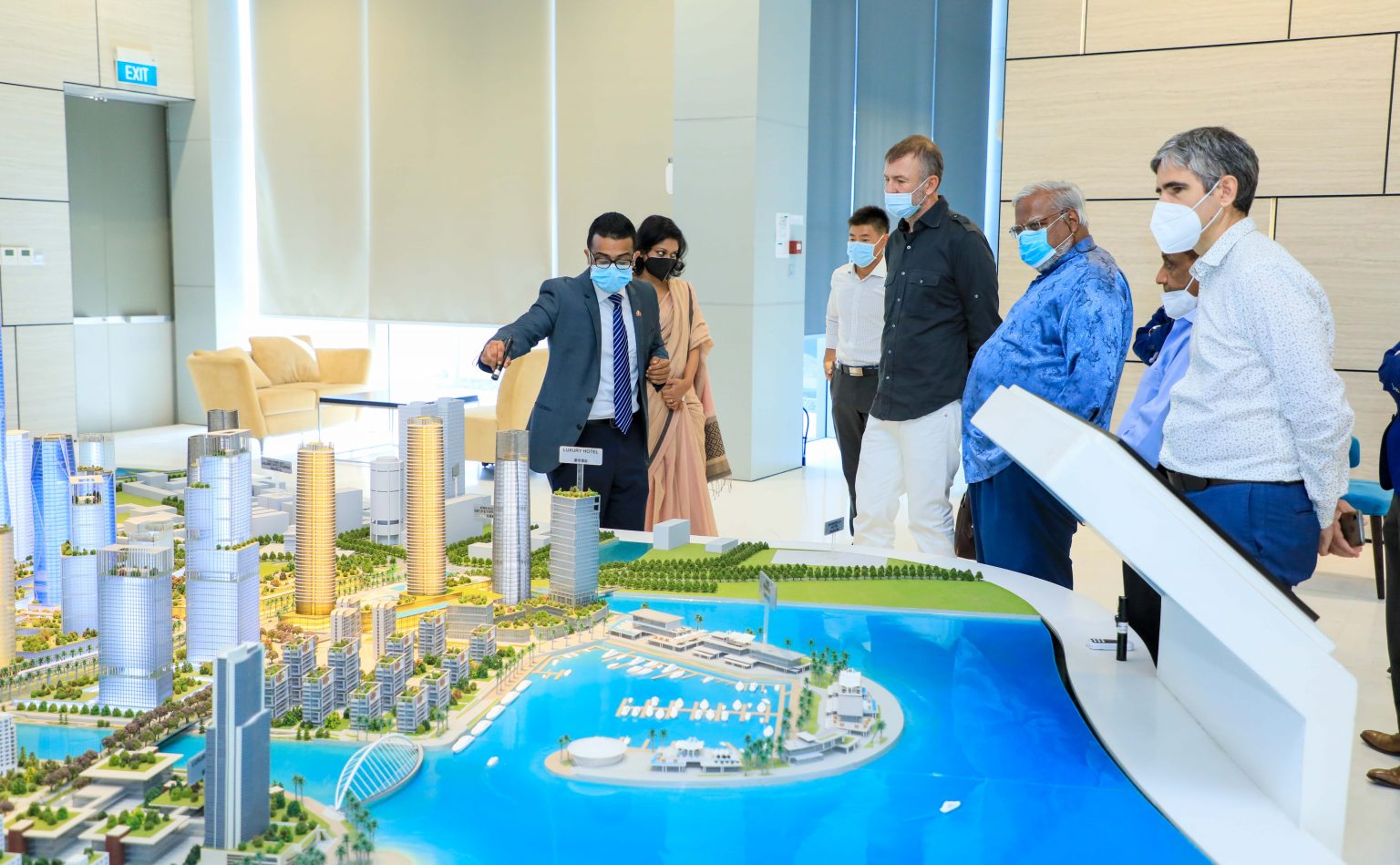 The passage of Colombo Port City Commission new law governing a reclaimed extension to the capital’s central business district will pave the way to sell 20 plots of land bringing about 5 billion US dollars of investment to Sri Lanka, an official said.

Sri Lanka’s Colombo Port City a joint venture with the state and China Harbhour Engineering Corporation has 100 hectares of land ready for construction.

The promoters will first sell commercial plots, which will bring in businesses activities and workers. The activities will drive the demand for residential plots.

In the next five year strategic plan 20 plots adjacent to Colombo’s central business district have been identified as pilot projects, for activities for which Port City will have natural advantages.

“These 20 plots in total are about 60 hectares of land, and at today’s price the investment will be about 5 billion US dollars,” CHEC Port City Assistant Managing Director Thulci Aluwihare told a forum organized by Veemansa Initiative, a Colombo-based think tank.

“And we want kick start and drive the demand. Law was actually the missing piece.”

Sri Lanka has unveiled a Colombo Port City Commission law, giving it extensive powers to approve investment without going to the Board of Investments, give tax breaks and regulate businesses in the most far-reaching ‘one-stop-shop’ designed so far.

It is expected to address several problems in Sri Lanka’s ease of doing business indicators that had kept back foreign direct investments.

The Port City is now completing the utilities and also creating an environment for some activities to take place.

“As of now close to 100 hectares of land ready for construction,” Aluwihare said. “By June this year we hope to complete all the bridges, roadways, and the boulevard, water and sewage before end of this year.

“Landscaping also before the end of this year and by mid-2022 all utility connections to the boundary of each plot on phase one will be completed.”

In September 2020 an Aqua golf range was opened by the Prime Minister Mahinda Rajapaksa.

“Before the end of this year you will see the first down town duty free,” Aluwihare said.

“The beach and park will be ready for public before the end of this year, as well as some leisure activities we have planned.”

Aluwihare said 40 out of 74 buildable plots of land are allocated for commercial development which will bring investments and business activities while 34 plots are for residential use.

Out of 269 hectares reclaimed, China Harbhour will get 113 hectares, 91 will be common areas vested in the government and the balance 60 odd hectares are land the government can sell and earn revenue.

“In designing the Port City plan it is important to emphasize that there was significant emphasis given to create a vibrant business hub district, because of its extension to the existing CBD (central business district),” he explained.

“So the master plan was devised in a manner that Phase One consists of about 40 plots of the total 74 plots which is very much tilted or geared towards attracting investments for commercial spaces,” Aluwihare said.

“If you look at Phase Two which consist of 34 plots, it is predominantly for residential use.”

Sri Lanka current economic growth would not be sufficient to drive demand, Aluwihare said. Therefore businesses had to be attracted to Phase One to drive activity.

Sri Lanka is primarily seeking foreign investments through dollar inflows, but domestic businesses would also be allowed to buy land to gain a foothold within the Port City.

“And for us to drive the success of the Phase One, the commerce and trade must happen.”

However, Aluwihare said Sri Lanka’s GDP growth is not sufficient for at the moment to complete the Port City.

“The GDP growth what we are expecting now in Sri Lanka is not going to be sufficient for us to see a successful completion of the Port City” Aluwihare said.

“So creating the secondary demand is key. Primary demand is the developers who will come and invest to put up their offices, leisure activities, hotels.

The Port City will also be protected from the liquidity injections and policy errors of the Monetary Board of Sri Lanka that leads to frequency currency crises and exchange controls by being ‘dollarized’ with multiple currencies.

The law envisages an offshore financial centre as well as other business activities.

“There are certain priority sectors we have identified in the Port City,” Aluwihare said. “With the law it is positioned as multi service.

“And as we evolve we can see which sector which would be highly attractive to setup in the city,” Aluwihare said. “And I think the law will also evolve to facilitate those sectors which will show keen interest to set up in the Port City.”

Dollarization will hopefully protect workers against monetary expropriation of their salaries though currency debauchment and inflation by money printing.

Sri Lanka’s rupee has been busted from 470 to 202 so far since a money printing central bank was set up in 1950 under US Federal Reserve advice in the style of Latin American central banks that brought import substitution and eventual sovereign default to several countries in that continent.

Though in Sri Lanka only the Port City is to be dollarized, the entire economy of Ecuador – which has one of several so-called Prebisch-Triffin central banks set up with Federal Reserve help – was entirely dollarized after a severe currency collapse.

Entirely new currencies have also been set up in other Prebisch-Triffin central banks such as Korea.