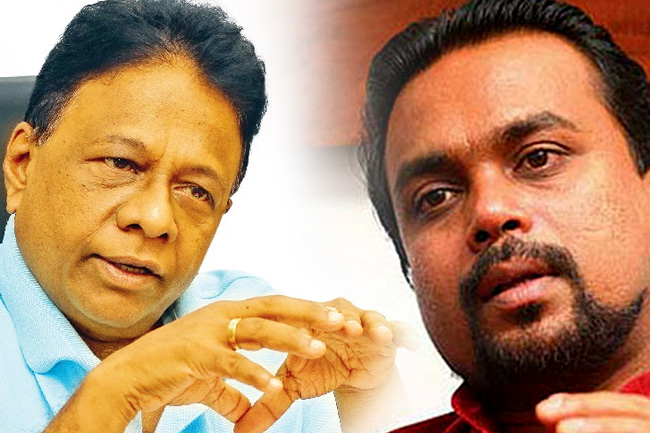 Discussions are underway regarding the ‘Supreme Lanka Coalition’ working together with the independent group of MPs that quit the government including Dullas Alahapperuma, during upcoming elections, says MP Vasudeva Nanayakkara.

However, the MP claimed that he has no intention of joining ‘Samagi Jana Balavegaya’, the main opposition.

He stated this speaking to the media following a discussion held between the party leaders of the ‘Supreme Lanka Coalition’ yesterday (Sep 20).

In response to a question raised by a journalist, he said that they are not yet ready to contest an election.

Answering a question about whether Kumara Welgama will become a challenge for their coalition, he said: “Chandrika is also there, and Kumara Welgama too. You will see how it goes after we enter the contest. Have to be prepared for the match”.