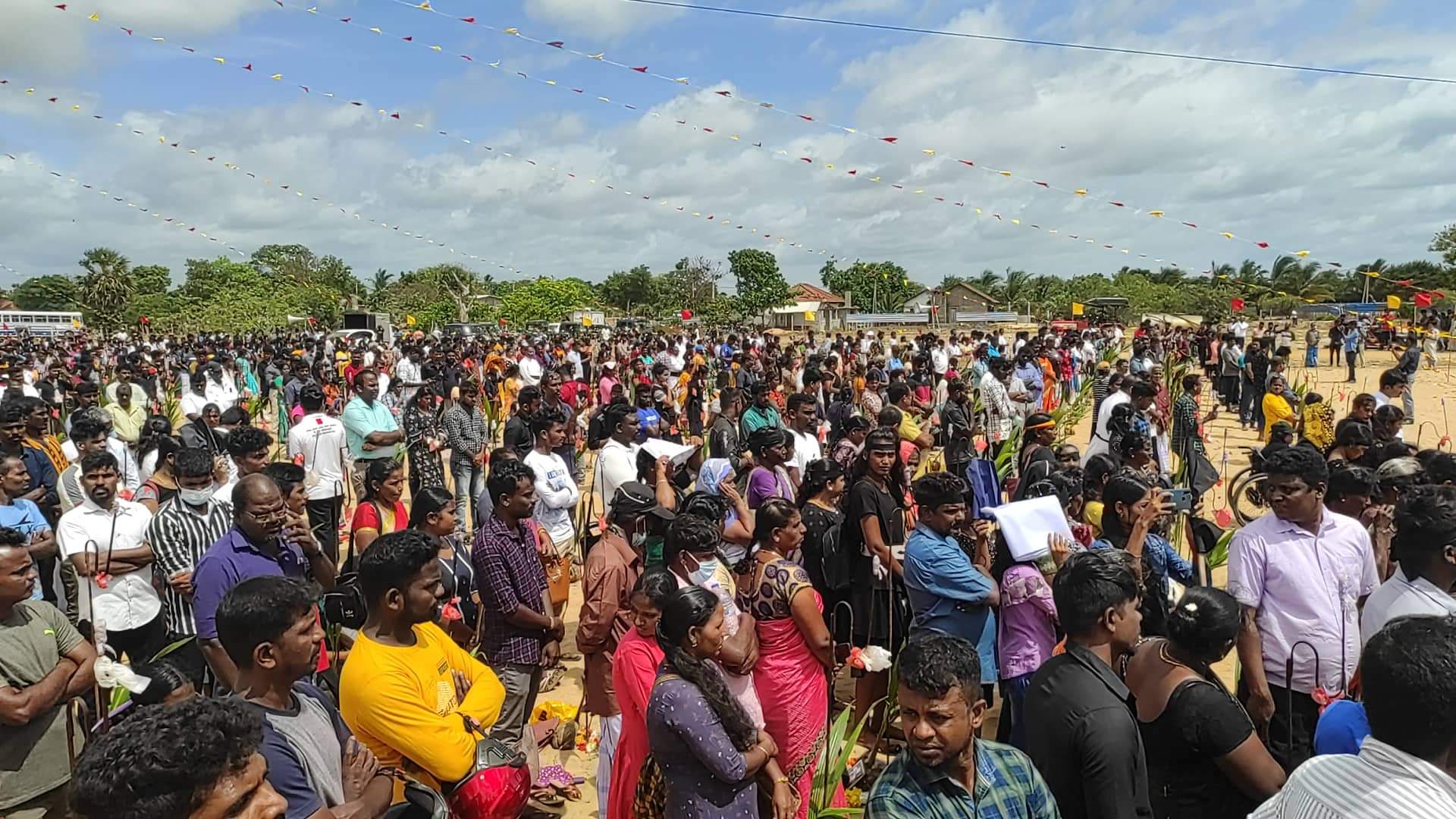 Over a thousand Tamils are gathering in Mullivaikkal today as the Tamil nation remembers the tens of thousands of Tamils killed by Sri Lanka’s military in the final days of the armed conflict.

A flame was lit and flowers were laid at the Mullivaikkal memorial monument located at the site where Tamils were subjected to heavy artillery fire and deliberate starvation 13 years ago.

On this day 13 years ago, the Sri Lankan military over ran the last remaining ‘No Fire Zone’ where thousands of Tamils were trapped.

A US State Department report says there are “accounts from witnesses in the NFZ of SLA soldiers throwing grenades into several civilian bunkers”.

“Some civilians also reported seeing an army truck running over injured people lying on the road. Later in the day, the SLA brought in earth-moving equipment to bury the bodies that had been lying outside for two days or more. Civilians reported seeing among the corpses injured people who were asking for help, and believed that the SLA did not always attempt to separate the injured and the dying from those who had died.”