The government is confident that the Tamil National Alliance (TNA), in spite of its claim last week in a statement to India that it did not see any point in getting involved in ‘what looks like an infructuous negotiating process’, will eventually participate in the Parliamentary Select Committee on the National Question (PSCNQ).Asked to comment on frequent visits by Indian dignitaries to Colombo and the status of the proposed PSCNQ, Cabinet spokesman and Media Minister Keheliya Rambukwella said yesterday that all avenues would be kept open for as long as it took.When it was pointed out that the TNA, which was a major player in the equation, had conveyed its disappointment at the dilatory tactics adopted by the government to India’s National Security Adviser, Shivshankar Menon, during his Sri Lankan visit last week, the Minister said that the TNA had the habit of saying one thing in the morning and quite another in the evening. “Nevertheless, we see light at the end of the tunnel and are confident that the TNA will return to the negotiating table very soon,” Rambukwella said while reiterating that any solution to the ethnic issue had to be endorsed by all stakeholders.Menon said at the conclusion of his Colombo visit that New Delhi did not intend applying pressure of any sort, but would be glad to assist in getting the reconciliation process back on track.India was committed to a united Sri Lanka, where all communities would feel they were in control of their own destiny, Menon noted. 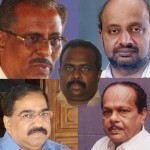 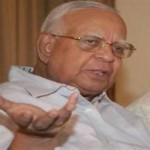 Next article - The continuance of the stalemate with the Government, TNA is unhappy »